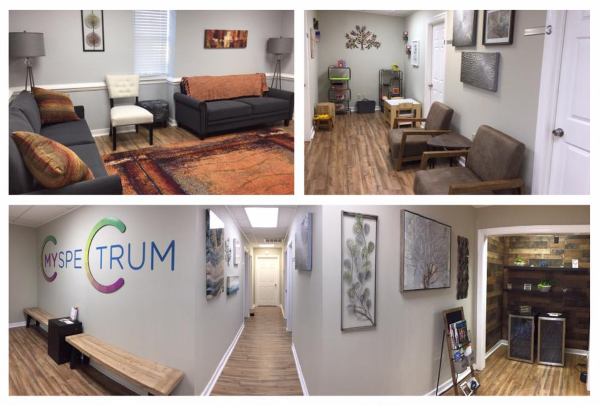 MySpectrum, a mental healthcare provider, has an office in Chesterfield County and a telehealth operation that extends into several other states. (Courtesy of MySpectrum)

When MySpectrum Counseling & Coaching launched about a year ago, the Chesterfield-based company’s emphasis on tele-therapy was considered more of a niche.

But with the arrival of the pandemic, that focus left the firm with the right setup at the right time.

The company launched in June 2019 with a team of therapists, both those that exclusively plied their trade digitally and those who offered in-person sessions. The latter were familiar with the company’s telehealth resources as a back-up if a client had car trouble or some other inconvenience that got in the way of an in-person session.

“Last summer, that was a really novel concept in the field,” MySpectrum director Suzy Christopher said. “It was a little strange at the time, but we wanted to be able to serve people across the state and beyond state lines.”

And while many businesses have contracted in the age of COVID, MySpectrum has been on the move.

The company expanded its services to New Jersey in May and Florida in June, adding to its pre-pandemic operations in Virginia, New York, Maryland and North Carolina.

Its client base has doubled since March.

Without a physical presence beyond its office at 707 N. Courthouse Road in Chesterfield, increases in out-of-state clients have come on the virtual side of the business thanks to digital marketing campaigns on social media, cold calls to out-of-state nonprofits and community organizations and referrals from insurance providers, said Alex Amidjaya, business development and operations specialist at EMS Ventures, the parent company of MySpectrum.

MySpectrum plans to open a second physical office in Northern Virginia in the next two years.

The company launched with five therapists, and currently has 19. All therapists are licensed in Virginia, and the telehealth therapists hold licenses for the states they operate in.

MySpectrum’s tele-therapy services include depression counseling, anger management and domestic violence counseling among other therapies, which are offered to both children and adults.

The company is betting that the rise in telehealth generally due to the pandemic will provide a springboard into further growth.

Amidjaya said a long term goal was made initially with the expectation that it would take time and resources to sell people on the idea of telehealth, but the pandemic has seemingly done that work already.

“COVID was an accelerant for the trend of a lot of health care providers moving into the telemedicine space,” Amidjaya said.