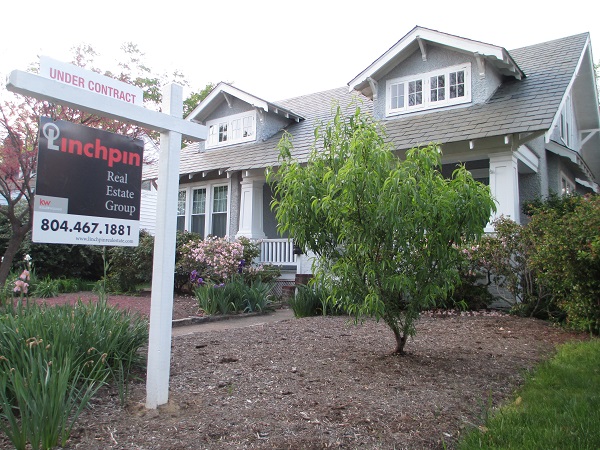 Pending sales in the third quarter were up 30 percent year-over-year, with 7,181 homes under contract by the end of September. (BizSense file)

Defying the economic slowdown brought on by the pandemic, the region’s housing market continues to see a surge in sales activity at levels not reached in years, according to the latest quarterly report from the Central Virginia Regional Multiple Listing Service.

Most home listings in the region sold at or above asking price in the three-month period that ended in September, extending a trend that’s developed since rising sale prices pushed the average sold-to-list ratio above the 100 percent mark over the summer.

But the length of time it’s taking to close on a sale is likewise increasing, according to the report, contributing to the quarter having the highest number of pending sales of any three-month period in at least five years.

While that statistic reflects more contracts being written — 7,181 last quarter, a 30 percent jump from a year earlier — the volume of those contracts is in turn creating a backlog for lenders that’s extending the time it’s taking to close a deal, said Laura Lafayette, CEO of CVRMLS and the Richmond Association of Realtors. 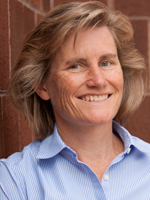 Homes are selling quickly, at 30 days on the market on average — three days faster than last year, the report shows. But the length of time it’s taking to close on those sales is what’s fueling the surge in pending sales, Lafayette said.

From July through September, 6,701 homes were sold across the Central Virginia region, an 11 percent increase over the same quarter last year. Sales in the Richmond metro area totaled 5,198, an 8 percent increase. The report attributes the increases to pent-up demand from the spring, when the region saw an increase in listings taken off-market in the pandemic’s early months.

While the number of sales jumped, so did their prices, with the average sale price in the region reaching just under $329,000, a 10 percent increase over last year. According to the report, that put the average sold-to-list ratio for the quarter at 100.4 percent, up from 99.3 percent the same quarter last year.

The ratio is likewise the highest seen in the region in more than five years, according to the report. And with inventory already low, that’s making for a competitive home buying market, especially for first-time buyers, Lafayette said.

“You’re seeing multiple offers across the board, but particularly in the first-time homebuyer market,” she said, adding that agents are oftentimes counseling buyers to expect to have to offer list price or more, and that they may not get the first, second or third house they put an offer on.

“Not every listing is going to fetch its asking price. There’s always those issues,” Lafayette said. “But the typical experience is you have to come in at the asking price, and in many instances you have to offer over that.”

While challenging for homebuyers, the conditions are fueling a housing market that has rebounded since dipping in the early months of the pandemic, with no signs of slowing down heading into 2021.

In September alone, nearly 1,700 single-family homes sold in the region, an increase of 18.5 percent over the year before. Metro Richmond saw nearly 1,400 sales, up 22.2 percent over last year. The number of sold condos and townhomes jumped even more, with 280 sold regionally, a 25.6 percent jump. All but four of those sales were in the Richmond metro area, which increased 27.2 percent with 276 sales.

Those numbers kicked off what Lafayette said is proving to be a strong fall market, helping to make up for spring’s downturn.

“September was an unbelievable month for activity. Pendings just shot up,” Lafayette said. “One of my members said to me in May, ‘We’re going to have our spring market; we’re just going to have it in the fall.’ That’s one way to look at it.

“When the pandemic occurred, we had a sharp decrease in April, and then we had a very steep ascent. We definitely had a disruption, not a recession,” she said.

As for inventory, the region’s number of homes on the market last quarter was nearly half what it was a year before, with 2,661 active listings at the end of September, a drop year-over-year of 45 percent. The Richmond metro area had 1,880 active listings, down 43 percent from last year.

The report describes the shrinking inventory as amounting to a month and a half’s worth of market supply, hitting another benchmark: the lowest inventory level of any quarter in more than five years.

While the number of homes on the market remains low, Lafayette said the industry’s sales numbers remain high as agents have adapted to doing business in a pandemic.

“I think people thought, with the pandemic, the train will come off the tracks, and it just hasn’t happened like that,” Lafayette said. “And we don’t see any reason for that to be the case in 2021. People have figured out how to practice in a COVID world.

“We don’t see demand patterns changing. The Fed has already said rates are going to be low through the next year, and the pandemic and the layoffs have really hit people who tend to be renters more so than owners,” she said. “As the pandemic drags on, that will change some, but there’s still going to be plenty of demand out there.”

Homebuilders are also having a record year in sales. The demand for housing is off the charts, including the demand for new apartments for rent. Richmond’s growth is assured despite the erroneous reports of people fleeing the area. New measures to encourage affordable housing though must be set by all local governments so no one is left behind.