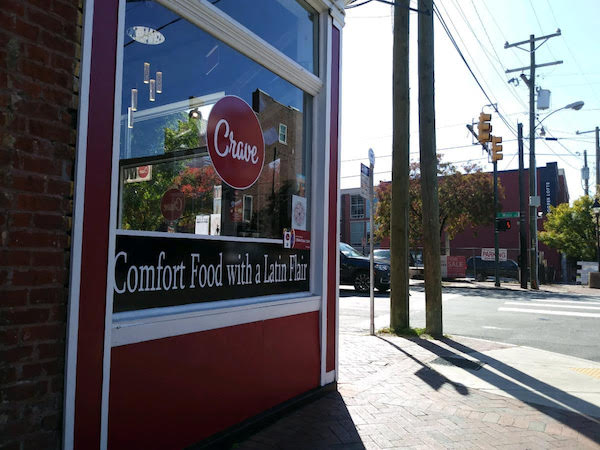 There’s now a taste of Latin America in Shockoe Bottom.

Crave, which serves Latin American dishes with a focus on Puerto Rican cuisine, opened last month at 1800 E. Main St. The 1,000-square-foot space has formerly been home to a number of restaurants, including Sweet Teas and more recently Wing Bar.

At the helm of Crave is John Malanka, who also owns The Parm Shop, an Italian restaurant in Henrico near Regency mall.

Crave’s offerings include mofongo, empanadas and alcapurrias among other dishes. Entrees run about $15 a plate.

The restaurant was a pre-pandemic idea that was delayed and ultimately opened at half capacity.

“We just wanted to move forward,” Malanka said. “Everybody has got to eat. Why not come eat with us?”

To keep in line with current coronavirus pandemic-related restrictions, the restaurant for now has 25 seats inside. There’s room for 50 once restrictions are loosened.

Malanka said he liked the neighborhood for his new restaurant.

“I like the diversity of the people,” he said. “You have diverse people, backgrounds and personalities. It reminds me of New York.”

The restaurant features an in-house delivery service as an alternative to third-party national apps. While he also still uses DoorDash and other national apps in part because they help increase awareness, Malanka hopes customers gravitate toward the in-house service which gives him a better bottom line.

“I don’t like doing DoorDash. I have to up the price and people have to pay fees,” he said. “(Sites like DoorDash) are the ones who make the money.”

Crave is at least the third new restaurant to open in Shockoe Bottom since COVID took hold. Other recent arrivals to the neighborhood include Burgers Bros at 1719 E. Main St. and The Daily Menu at 1706 E. Main St.

Looking forward to trying this one!!