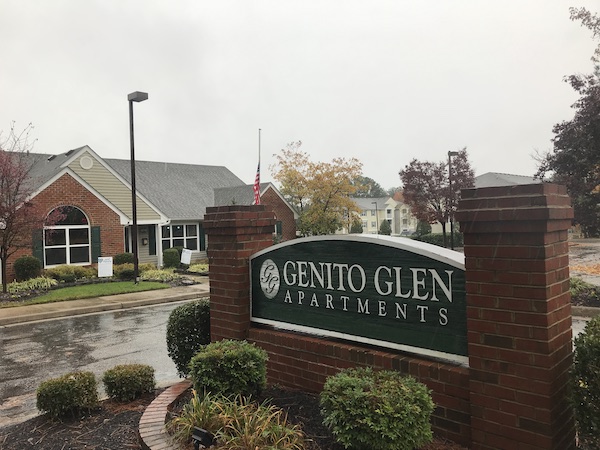 The 22-year-old complex houses 102 units across seven buildings on 13 acres, yielding a sale price of more than $141,000 per door. The county most recently assessed the property at $8.5 million.

The complex sits near the Genito Road’s intersection with Hull Street Road. 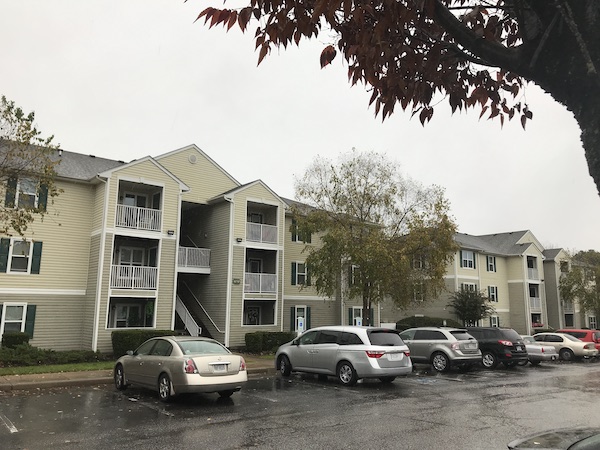 More than 100 units are spread across seven buildings at Genito Glen Apartments.

The Chesterfield deal looks to be a re-entrance to the Richmond market for South Florida-based Starwood. It does not have any other holdings in the region, according to its website. Attempts to reach Starwood for comment were unsuccessful.

Starwood’s retail arm purchased the Stony Point mall for $72 million in 2014, but earlier this year lost ownership of the property after falling behind on loan payments. A special servicer representing the noteholder on the mall is now acting as owner.

The future of the mall was a focus of the city’s Richmond 300 master plan process.

Starwood is at least the third out-of-town buyer to put down eight figures for Richmond-area apartments in recent weeks. In Short Pump, the Kushner Cos. recently bought the Wilde Lake Apartments for $35 million. Over in Manchester, Fulton Street Partners out of D.C. bought the Perry Street Apartments for $11 million.