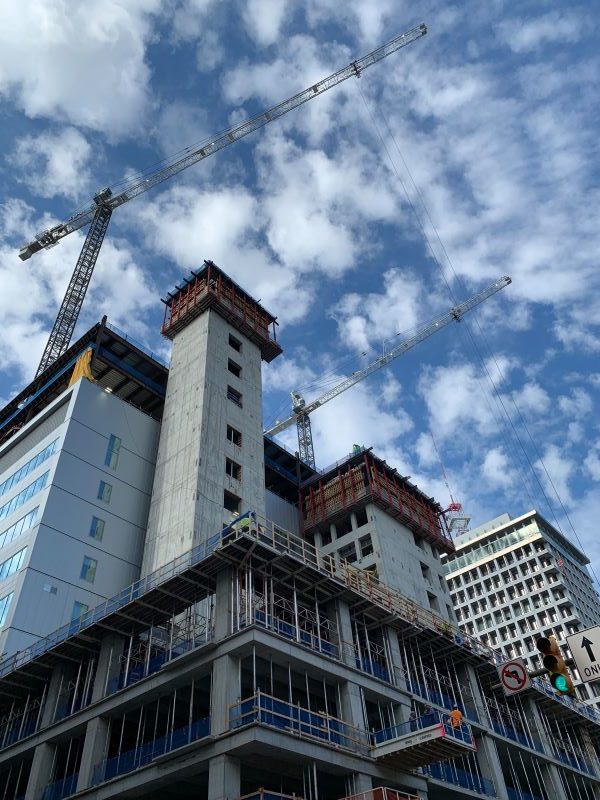 Children’s Hospital of Richmond at VCU will bank on help from the community to secure a quarter of the funding needed for a $400 million expansion project that’s currently under construction.

The Children’s Hospital Foundation last week kicked off its effort to raise $100 million toward the project through a dollar-for-dollar match campaign.

The 500,000-square-foot facility, which is taking shape at 1001 E. Marshall St., will be 16 stories tall. It will feature a pediatric trauma center, operating rooms, inpatient units and amenities focused on children and families. The facility plans to open with 72 beds, but will have room to expand to include 125 beds.

“This project is transformational when you think about the impact on care for kids and families,” said Elias Neujahr, the hospital’s CEO. “What we’re creating is an entire environment truly dedicated to kids and families.”

Construction is slated to finish in spring 2023. The project is an addition to the health system’s Children’s Pavilion, a $200 million pediatric outpatient facility that opened next door at 1000 E. Broad St. in 2016. Once completed, the hospital will have consolidated its pediatric services onto a single city block.

Inpatient pediatrics is currently located in the VCU Health’s Main Hospital at 1250 E. Marshall St. The expansion project will connect the two facilities with an above-street bridge. 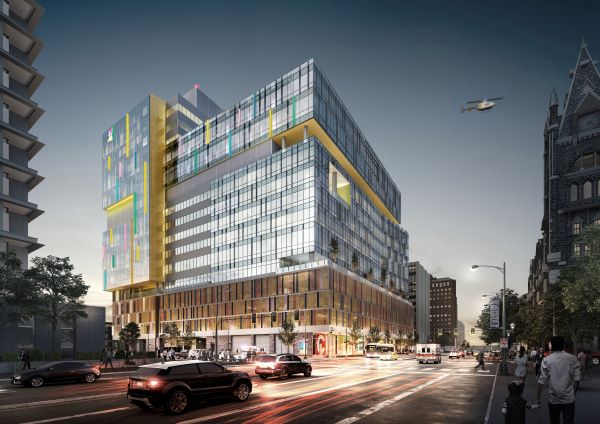 The new pediatrics hospital will be 16 stories and feature an emergency room, a pediatric trauma center and new operating rooms. (Courtesy of Children’s Hospital of Richmond)

The project was first announced in early 2019 with an estimated cost of $350 million. Since then, the price tag has increased to $400 million. The added funds will go toward more operating rooms, imaging facilities and amenities.

“When we went back and looked at our growth, we looked at our experience, we looked at our quality and safety. We looked at our mission and what we wanted to achieve with this, and we put together a very thoughtful plan we presented to the leadership, including (Michael Rao, president of VCU and VCU Health) directly, and they didn’t miss a beat,” Neujahr said.

The foundation unveiled a marketing campaign in Central Virginia called Built for Kids to drive donations from corporations and individuals for the facility. Behind the campaign is Miami-based Markham & Stein, as well as Richmond-based outfit Brand Federation.

Thus far, the foundation has raised more than a third of its goal.

“We’re going to raise money through the end of 2023 but we’re hoping to get there as quickly as possible,” foundation President and CEO Lauren Moore said.

A capital campaign had already been in the cards for the project, and the drive wasn’t motivated by the pandemic’s disruptions to the economy.

“Fundraising plans have not changed as a result of the pandemic but the way fundraising happens has certainly changed due to COVID-19. For example, a few major gifts have been closed over Zoom,” Moore said.

Though there were fears in some corners that the coronavirus pandemic might affect construction of the facility, the project has remained a priority for VCU, Neujahr said.

“Going through the pandemic, one of the concerns our team members raised was ‘Well, would this put the program, the children’s hospital, in jeopardy?’ Our health authority board, our health system leadership, Dr. Rao, they remained steadfast in their commitment to the project,” he said.

I think a post Covid world if they do expand hospitals they need to have a level or some empty rooms in it that can be quickly covered into ICU surge beds that are not permantly set up but could be set up quickly if Covid makes a come back.

Such as if they had the ability to add 200 ICU beds to these proposed empty rooms or level the ICU’s could be taken down when not in use.

The Collapsible life boats on the Titanic were not permanent but they saved a lot of lives.