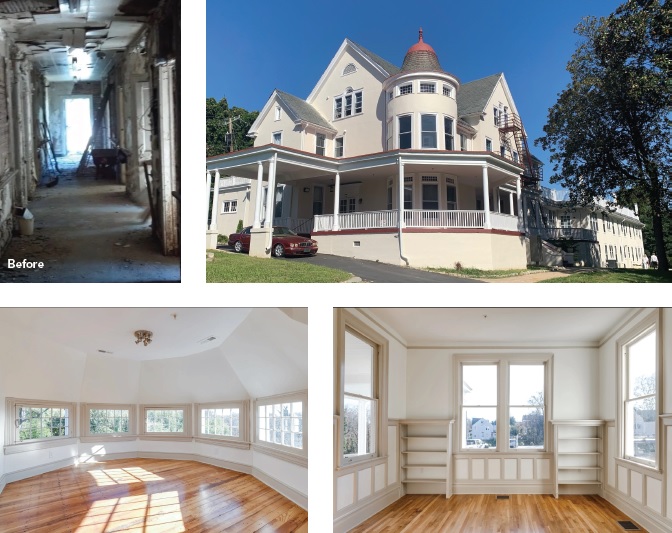 A Northside mansion’s transformation into apartments and a shipping-container addition at a suburban shopping mall were among area preservation and revitalization projects recognized with Golden Hammer awards this year.

Historic Richmond and Storefront for Community Design honored 10 projects out of 29 nominations received. The co-presenters typically celebrate the awards with an in-person ceremony but, due to the pandemic, announced this year’s winners virtually and over social media. 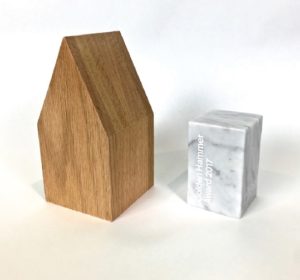 The awards recognize builders and designers working in neighborhood revitalization, blight reduction and historic preservation in the region. Winners receive a house-shaped wooden trophy with a gold leaf interior containing an engraved handmade brick. The trophy was designed by local artist Jason Adkins.

Winners in the “best adaptive reuse” category were Clark Glavé’s apartment conversion of the former Barton Mansion in Barton Heights, and McKinnon and Harris’s conversion of a 1940s warehouse near The Diamond into the furniture wholesaler’s new headquarters building. 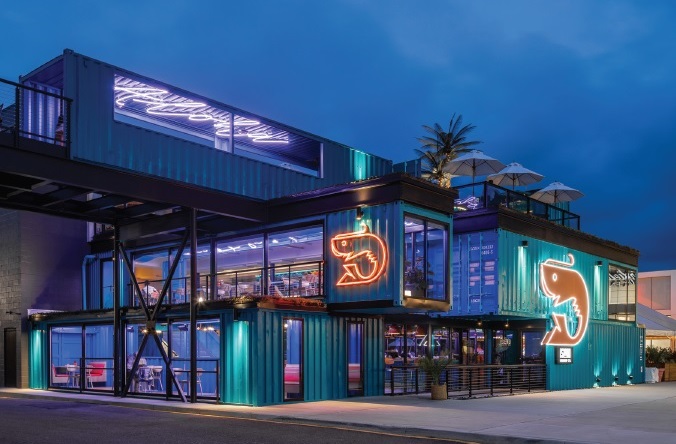 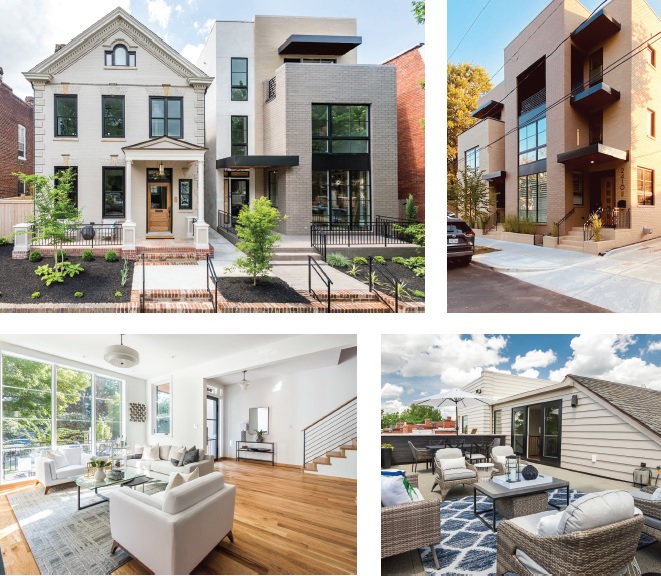 The new and restored homes at Kensington Park.

“Best new construction, residential and neighborhood infill” went to Kensington Park, Pierce Development’s Fan infill project that added three contemporary-style homes beside a 1920 house that also was restored. Johannas Design Group was the architect. Also nominated in the category were two homes at 1903-1905 Greenwood Ave., a modern-style house at 2308 Idlewood Ave., a shipping-container house at 2415 Everett St., and a three-townhome infill at Monument and Colonial avenues.

One of two awards for “best place-making” went to History is Illuminating, a series of historical markers that were anonymously placed along Monument Avenue during the Black Lives Matter protests this summer. Art center Studio Two Three was the only team member credited.

The other place-making award winner was Rumors of War, the Kehinde Wiley sculpture commissioned by the Virginia Museum of Fine Arts. Other nominees in the category included a Scott’s Addition pocket park at 3401-3403 Moore St., and the Virginia War Memorial’s $26 million expansion. 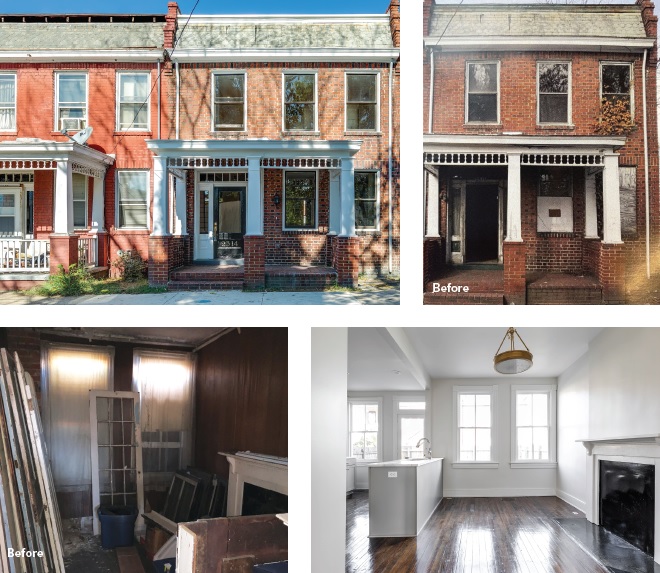 The home renovation at 2314 Burton St. 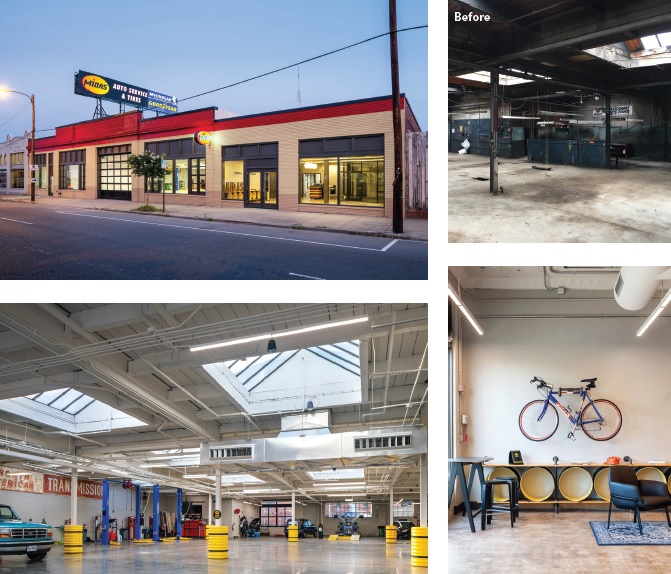 Before-and-after photos of the Midas of Richmond location along Arthur Ashe Boulevard.

Other restoration nominees included the Garland house at 4603 Sulgrave Road, The Honey Shopbuilding at 405 E. Grace St., and the Straus apartment building at 2025 Monument Ave.

Congratulations to all! Great projects!