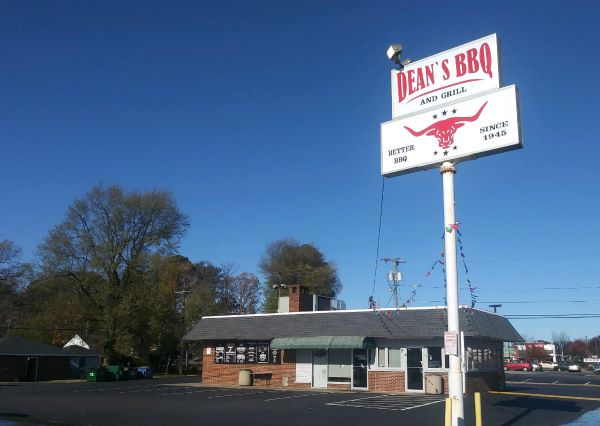 Clarification: This story has been updated to clarify that Dean’s BBQ is not certified kosher or hallal

Dunn’s is out and Dean’s is in at a decades-old walk-up local barbecue joint in Henrico County.

Dean’s BBQ and Grill opened at 3716 Mechanicsville Turnpike on Nov. 10. Dean’s is not to be confused with Dunn’s Bar-B-Que, the smokehouse that previously occupied the space until it closed down after 85 years in August.

At the helm of Dean’s is Ed Maksher, an 11-year veteran of the industry who’s opening his own restaurant for the first time.

“I saw this place a long time ago and we knew (Dunn’s owners) Rhonda and Stuart (Martin) and how they planned to retire,” Maksher said. “It wouldn’t feel right if this place was empty or if it had some other essence, so we decided to open a new barbecue restaurant.”

Maksher is changing things up at the restaurant by making Dean’s a pork-free kosher-style and halal-style restaurant, serving up Texas-style beef brisket, pulled chicken and turkey bacon. The restaurant’s food isn’t officially certified as either kosher or halal.

Maksher, who is Muslim and follows a halal diet, felt there was an opportunity to create a more accessible barbecue restaurant. The restaurant also sets itself apart with the use of Eastern spices in its food.

“A lot of people have come out because they’ve heard we don’t do pork,” he said.

The restaurant has five employees. Maksher said he hopes to franchise the concept in the future.

Other recently opened or upcoming local eateries include a Cava Grill at Willow Lawn, the Latin American restaurant Crave in Shockoe Bottom and a vegan bakery and deli to open in the former Guitar Works in Carytown.

I was a bit bemused by the kosher + bbq combination, but good luck to them, I look forward to trying it

bbq can be kosher if it’s beef, lamb, chicken. my question is if it’s certified kosher and by which rabbi. f it is kudos to him for giving Jews and Moslems who are observant an option.

Aren’t there many kosher food suppliers around the country that certify kosher food? I doesn’t hae to be a local proess.

actually it does have to have local certification.