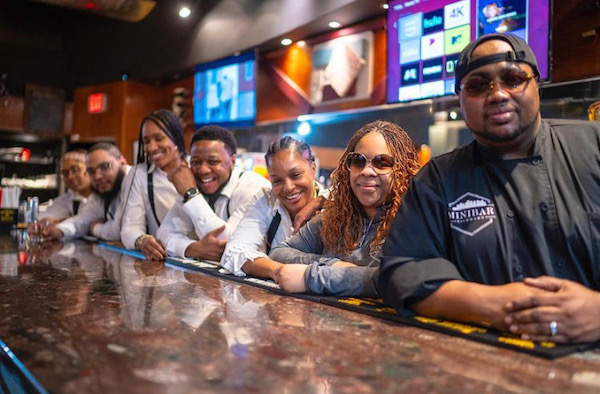 From right, co-owners Micah Crump and Ashley Ramsey and the staff of Mommiana’s Dough. (Courtesy of Ashley Ramsey)

A pizzeria with a Southern twist has opened in Shockoe Bottom as a local restaurateur doubles down on the neighborhood.

Ramsey also owns the nearby Frozay at 14 N. 18th St. Frozay was previously known as Minibar Richmond but had to change its name recently due to a trademark dispute. 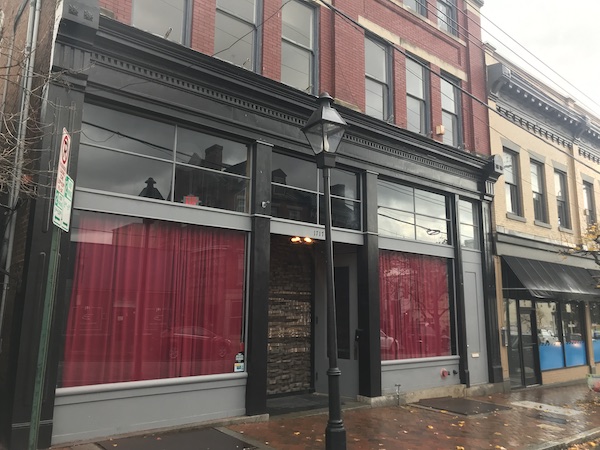 Mommiana’s took over the former Lickinghole Creek Craft Brewery taproom, which closed in the spring. Ramsey had first considered snatching up the storefront at that time, but the deal went dormant for a while.

“We didn’t want to go forward because of everything that was happening (with the pandemic),” Ramsey said. “But we worked it out with the landlord. We’ve always wanted a pizzeria.”

With pies topped with shrimp and grits and jerk chicken, Ramsey said Mommiana’s Dough is looking to add a Southern influence to pizza.

“I’m from New York and it’s one of my favorite foods, and my husband (Crump) is from Richmond,” Ramsey said, noting that Crump is the pizzeria’s executive chef. “We’re just taking the two and marrying them.” 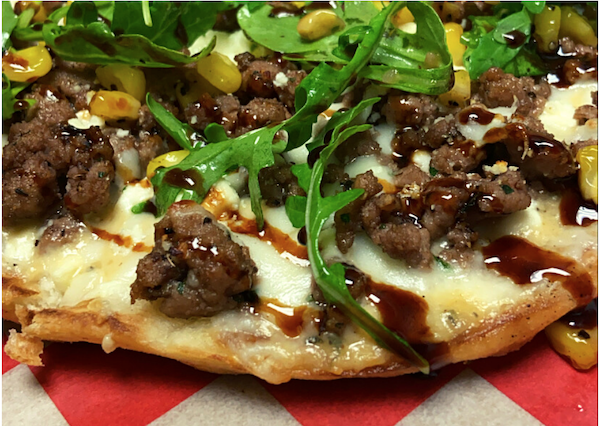 A pie topped with ground lamb, arugula, corn and feta cheese is among the pizzeria’s offerings. (Courtesy of Ashley Ramsey)

Its flatbread pizzas range from $10 to $16 per pie. Mommiana’s Dough also offers wings and a full cocktail menu.

The pizzeria opened on Black Friday after Ramsey teased the concept with a series of pop-ups.

Mommiana’s is the latest entrant in what has been a busy year for locally-owned pizzerias.

Hot For Pizza, a concept by the group behind Cobra Cabana, opened over the summer, while work is underway at Ashley Patino’s Pizza Bones in Union Hill.

Pizza food truck Zorch Pizza recently signed on to open a brick-and-mortar spot in Carytown, and Billy Pie inked a deal to open within Basic City Beer Co. in Manchester.

Can’t wait to get to Richmond and try out this great pizza. It looks different and awesome. I love pizza. Can’t wait!