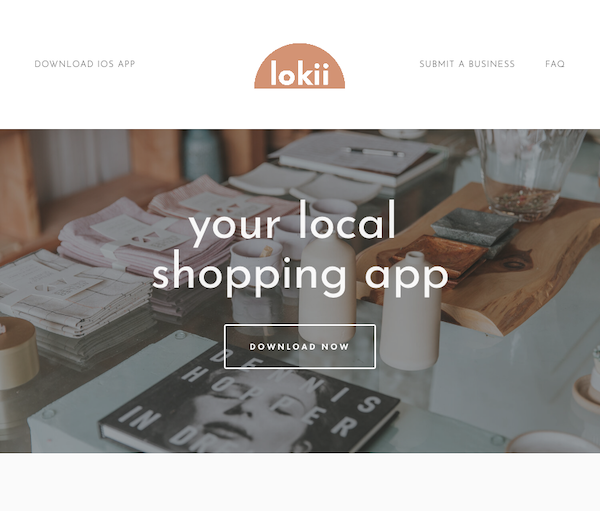 Lokii is an online marketplace and delivery service that caters to small retailers. (Courtesy of Lokii)

Just in time for the holidays, a Richmond-based online marketplace for small retailers has pivoted into home delivery.

Lokii, which launched in March and now features the wares of more than two dozen local brands, in recent months rolled out a delivery service for select stores on its app and website.

Lokii has about 30 Richmond stores featured on its site, including Sassy Jones (one of Richmond’s fastest-growing private companies) and Ledbury. In total, it lists a few hundred stores across the country in places like Los Angeles, Chicago and New York City.

Lokii was a pre-pandemic idea born out of Polly Cannella’s own interest in shopping local as well as the desire to make small businesses more accessible to shoppers. Its launch in March was on a sped-up schedule charted out in response to the economic disruptions of the pandemic.

“As I grew up I saw this shift in larger entities like Amazon and Target and stuff like that taking over small-business areas,” said Cannella, who co-founded Lokii with her husband Ryan Krienitz. “It’s always been a passion of mine to support those small businesses but I found it difficult to do so. It took a lot of effort, and as COVID hit it became increasingly more difficult to do.” 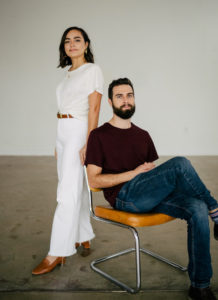 Cannella works at Lokii full time. Krienitz has a full-time gig as a software developer at a financial institution.

At the core of the platform is an online marketplace, where retailers can choose from four service tiers with fixed monthly rates to sell over the platform. It’s free for a company to post up to 10 items on the marketplace.

Lokii markets itself to stores directly through Instagram and email.

“Many of the shops on our platform are featured for free. We work with e-commerce platforms like Shopify to pull 10-15 items from each store and feature their products on our marketplace,” Cannella said.

The free and $25-per-month professional packages direct users to a store’s site to make purchases, and customers’ items are either shipped to them or made available for pickup. The $75-per-month advanced and $95-per-month business packages allow in-app payments. The two higher priced packages include the new local delivery service managed by Lokii.

“We’re taking the approach of doing a flat rate instead of a commission-based approach and we think that’s an incentive for the stores,” Cannella said.

Lokii latched onto the delivery idea after it surveyed store owners as part of the app’s development. The startup found there was interest in being able to offer delivery, but it was difficult for small retailers to allocate the manpower needed to make it happen.

The delivery program is currently only available in Richmond within a 30-mile radius of a given store. Cannella said there are plans to expand it to include more local stores.

As for the name Lokii, it’s a play on the word “local” done in a way to create a new, distinct word.

“I have such a fun memory of coming up with the name,” Cannella said. “We wanted to make it around the word ‘local,’ but wanted it to be its own word like ‘Google.’ We came up with it on our couch and I remember jumping up and down with joy.”

Great main website but it would be nice if it listed the stores by area that they provide the service to before I download the app. One has enough apps they never use on their phone.