VCU is beginning to assemble the land it needs for its planned athletics village near The Diamond.

The 4-acre parcel falls in the bounds of where VCU is planning a slew of new athletics facilities, something it’s calling an athletics village that may include a fieldhouse, tennis center and a baseball stadium for the Rams and Flying Squirrels.

The deal gives VCU control of 15 acres of land along Hermitage Road, adding to the adjacent Greyhound Maintenance station it purchased earlier this year for $11 million.

The seller in the latest deal was the Salvation Army, which has used the roughly 57,000-square-foot building on the site as an adult rehabilitation center and thrift store. The deal comes as the Salvation Army is planning to leave its longtime local headquarters downtown in favor of Northside, and closed a real estate deal of its own this spring to do so.

Earlier this year, VCU Athletic Director Ed McLaughlin said that the school will assemble all of the land it needs for the athletics village before beginning any demolition or construction. He said they’re doing some fundraising for the project. 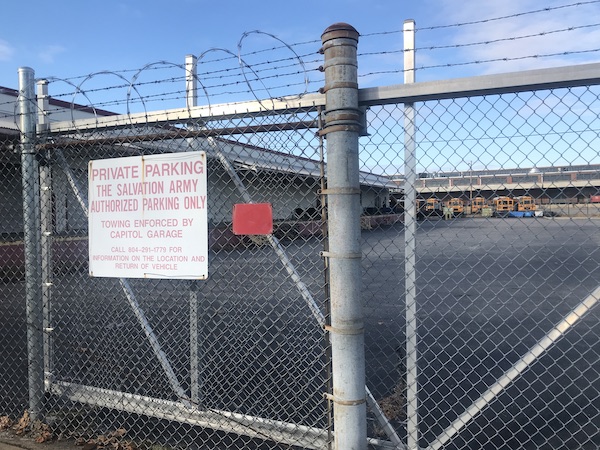 The building sits on 4 acres, giving VCU control of 15 acres along Hermitage Road.

VCU and Salvation Army spokespeople did not respond to requests for comment by press time. Taylor Long Properties’ Brian Glass represented the Salvation Army in the deal, which closed Wednesday.

Less than a mile up the road is the Virginia ABC headquarters, which it will soon vacate for a new home base that’s under construction in Hanover. The state agency’s 20-acre site is seen as a key piece to VCU’s plans and for a potential new baseball stadium to replace the aging Diamond across the street.

The ABC and Diamond sites total 60 acres and have been long eyed as the site of a possible new stadium to be shared by VCU and the Squirrels, an idea VCU has previously shown interest in.

Gov. Ralph Northam has given the school first right of refusal on the ABC site.

In the meantime, ahead of an expected RFP for the neighboring 60 acres the city owns, developers have been acquiring land surrounding The Diamond and ABC, including local players Thalhimer Realty Partners. This year, TRP spent nearly $8 million on a pair of industrial parcels totaling 5.8 acres on North Arthur Ashe Boulevard.

One of those properties is the Wesco Distribution building at 2902 N. Arthur Ashe Blvd. Earlier this month, TRP filed a rezoning application to rezone the land to TOD-1 — a designation that allows for higher density and mixed-use projects.

Always good to see prime real estate move off the tax roles to a non profit. Good thing the city can always raise the meals tax when it can’t collect enough property taxes to fund the schools.

News flash: Salvation Army was and is still a non profit church. This property was never on the tax roll.