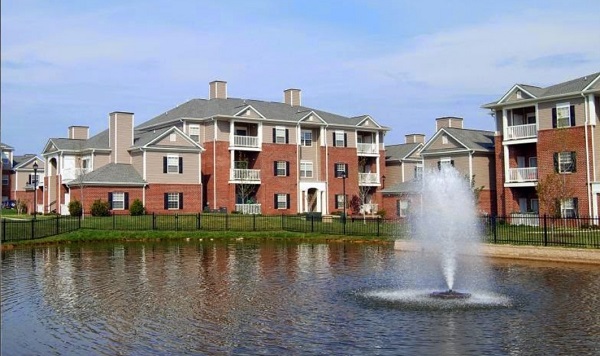 The 296-unit Belvedere Apartments sold for what amounts to $227,500 per door. (Photos courtesy of Pegasus Residential)

Note: This story has been revised from its original version.

Two weeks after picking up an apartment complex in Chester, a California-based firm has unloaded a larger property in Midlothian.

An entity tied to Fairfield Residential on Wednesday sold the 296-unit Belvedere Apartments at 11900 Bellaverde Circle for $67.35 million. The 22-acre property, off Robious Road just south of Huguenot Road, was most recently assessed by Chesterfield County at about $45 million.

The sale price amounts to $227,500 per door. The selling entity, AERC Belvedere LLC, had owned Belvedere since 2008, when it purchased it for $43.2 million, county records show. Fairfield’s San Diego address is listed as the LLC’s principal office in filings with the State Corporation Commission.

The deal came days after Fairfield purchased the Broadwater Townhomes in Chester for $37 million. The 151-unit complex is now Fairfield’s sole property in the region, according to its website. 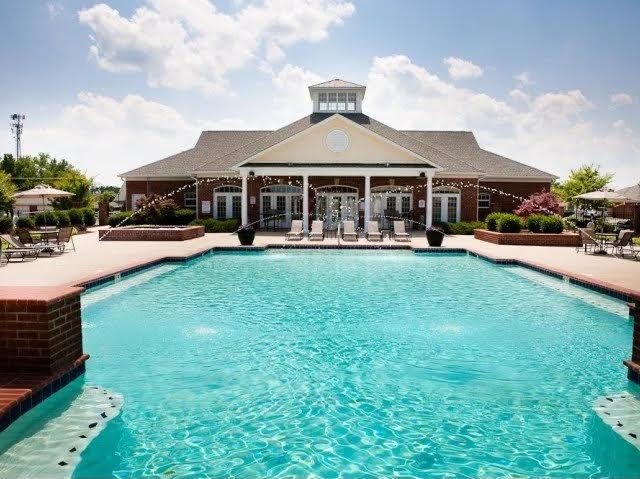 The clubhouse at Belvedere Apartments.

The buyer in the Belvedere deal is NorthRock Cos., a Utah-based company tied to property management and development firm Rockworth Cos. NorthRock’s website lists Belvedere as being in its portfolio, as well as, confusingly, another complex in Chesterfield: the 300-unit River Forest Apartments in Chester.

County property records, however, list River Forest’s owner as AERC River Forest LLC, another entity tied to Fairfield. Chesterfield County’s real estate assessment office confirmed that, as of Friday, River Forest remained under the ownership of the same LLC, which was used to acquire the property in 2009.

Attempts to reach Fairfield and NorthRock were unsuccessful Friday.

Berkadia’s Drew White and Carter Wood brokered the Belvedere deal, with Berkadia also handling financing. An announcement released Monday said it also handled the sale of River Forest and a complex in Norfolk, The Alexander at Ghent. A sale price and buyer for those deals were not specified.

I hope the new owners will do a better job. We moved there in 2014 and it was like a golf resort. Amazing lawns. Well pruned bushes and trees. Nice people including many seniors. But each year over the four we lived there, it became worst and worst. The lawn care went downhill with weeds, etc. Tress and bushes overgrown and in many places grew over sidewalks. Some trail walkways were always under water. Trash all over. Our building had kids going through to get to the school bus stop and they left trash all over the breezeway. Siding issues.… Read more »