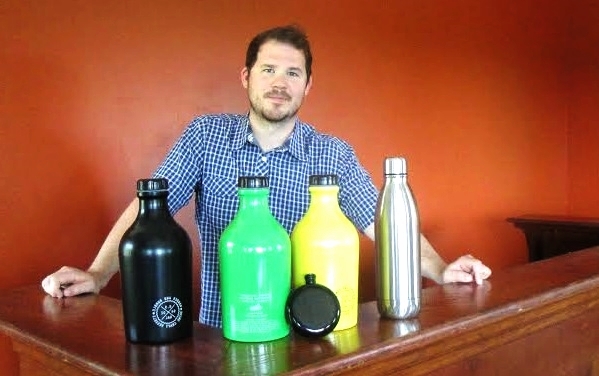 Fresh off the sale of his beer growler company Shine Craft Vessels, now-former owner Jordan Childs already has an idea of what he’ll do next.

“Truly, I think I’ll spend the first quarter of 2021 just learning to play the banjo,” Childs said Wednesday, after selling the 6-year-old firm to a couple from California this week for an undisclosed sum.

Childs started Shine in 2014, making growlers and other drinkware for breweries and retailers. Working out of Scott’s Addition, Shine’s client list has grown to include some big names, including Blue Moon Brewing Co., Breckenridge Brewery, Urban Outfitters and Nordstrom, many of which Childs said he got by cold-calling.

“The difference for Shine was we treated each order as a creative project, every order had custom illustration on it,” Childs said. “It was as much a unique piece of art as much as it was a retail product.”

“And we’d do batches of 100 to 200 (growlers). It was an easier bite for them to take because it wasn’t this massive investment.”

He said in recent years Shine brought in between $300,000 and $400,000 in annual revenue, but with that came more time spent managing the business and not doing the part he enjoyed.

Ultimately, it drove him to sell. 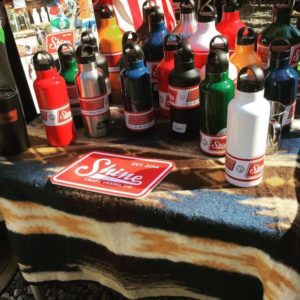 “I like the creative design part of it, and that became a tiny percentage of it,” Childs said.

“It got to the point where I wasn’t enjoying the day-to-day. Having to deal with the supply chain and all that is not really my bailiwick. There’s no better way to learn real quick what you’re not good at than having to do it on a day-to-day basis and realizing how much you dislike it.”

The new owners of Shine are Timothy and Julie Worthington of California, a couple with a background in the craft beer industry. He said he connected with the Worthingtons after sending a note to some of Shine’s brewery and production clients that he was looking to bring in a new business partner or perhaps sell.

“The new owners are salt of the earth folks. I’d happily have a conversation with them any day of the week when they need help. But I plan on fully detaching after the new year,” Childs said.

The Worthingtons are planning to rebrand the company to Shine Outdoor Co.

“I think they’re going to take it in a much broader direction with a lot more outdoor products while maintaining the drinkware competency. They’re big outdoor enthusiasts,” Childs said.

Along with shopping for a banjo, Childs will spend his post-Shine days running his design firm Major Easy and teaching at the VCU Brandcenter.

He said selling Shine feels like a weight lifted from his shoulders, and that building the company has given him material to use in lessons.

“You could probably interview one of my students and they’ll be like, ’Oh we’re sick of hearing about all the mistakes you made or the things you learned with Shine,’” Childs said, laughing. “I got a degree in how not to do things, while simultaneously developing this company.”