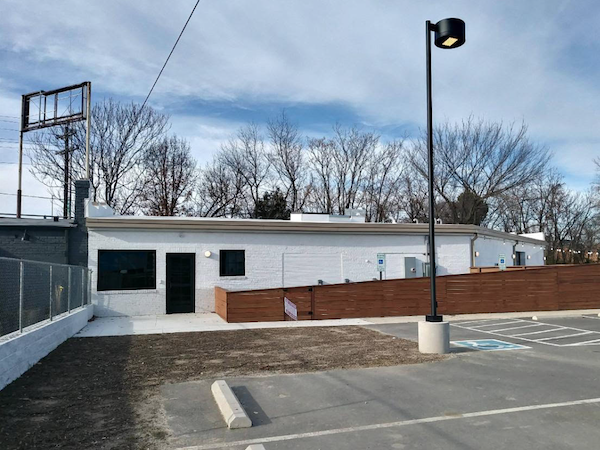 Mission Lane has grabbed more office space in Scott’s Addition and plans to open an office at 1406 Belleville St., which is next door to its current office. (Jack Jacobs photo)

A newcomer to Scott’s Addition’s office scene has lined up additional square footage just a few months after moving into the neighborhood.

Credit card startup Mission Lane is set to take over 1406 Belleville St., a 4,500-square-foot space that is a door down from the 20,000-square-foot office at 1504 Belleville St. the company moved into over the summer. The new location will serve as additional office space for employees. Mission Lane offers financial services for people who seek to build or rebuild their credit.

Mission Lane COO Eric Nelson said that the company had already planned to lease both buildings when it first landed in Scott’s Addition this summer, after leaving The Boulders office park.

“We had talked to (the buildings’ owner) John Freeland about our interest in that and we always assumed we would do both buildings. It was just a matter of the sequencing,” Nelson said.

Nelson declined to talk specifics about the company’s current or future headcount at the offices. He said there was space for up to 185 people in the main office, and that the upcoming building would be able to accommodate 40 people.

The company opened its current office in August, though only a limited number of employees currently work from there.

“With the COVID situation, we’re still in a space where we’re not requiring people to work from the office right now,” Nelson said. “It’s an opt-in kind of thing. It’s definitely the minority of workers who use it.”

Nelson said he expected the new office to be ready in January, though he wasn’t sure when workers might start to use the space. He said that despite the pandemic, the company was happy with its move into Scott’s Addition and planned to hang onto the offices for a while.

“For the dynamics of what we want, we’re in a great location for us and our employees,” he said.

Mission Lane will have plenty of new neighbors coming to the neighborhood in the near-term. South Carolina-based developer Greystar and locally-based Capital Square 1031 recently paid $8.6 million to buy a block of Scott’s Addition at 1601 Roseneath Road for a planned five-story mixed-use building.