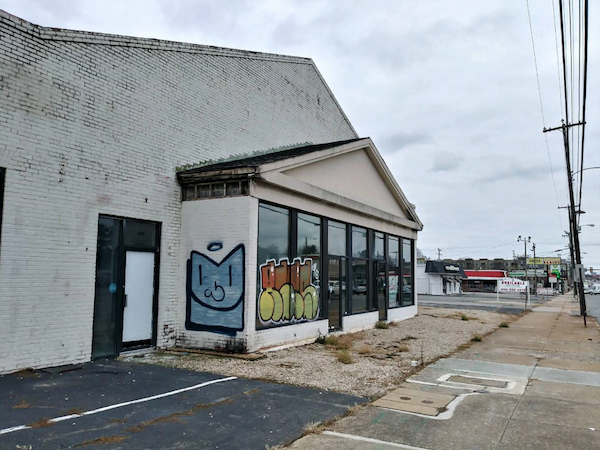 The ABC plans to move its Hermitage Road store, which is part of the authority’s current headquarters, to a new location at 4118 W. Broad St. (Jack Jacobs photo)

As the Virginia Alcoholic Beverage Control Authority prepares to leave its headquarters near The Diamond, that facility’s on-site store will relocate to a new spot nearby.

ABC hopes to reopen the store at its new location at 4118 W. Broad St. in the summer. The store will split off from the authority’s headquarters and warehouse, which plans to leave its current location at 2901 Hermitage Road for Hanover County later this year.

“The 4118 W. Broad St. store will service the existing licensees and customers who use the Hermitage Road store,” ABC spokeswoman Dawn Eischen said in an email Monday.

The store primarily handles licensee sales for Richmond-area restaurants, according to the ABC’s website.

The store’s new location on Broad Street is about 9,800 square feet, comprising the entirety of the standalone building which has sat vacant for some time.

The ABC’s headquarters, which is on a 20-acre property, has been eyed as a piece in VCU’s plans for an athletics village and potential new baseball stadium that would replace The Diamond. The university has been acquiring surrounding property, most recently snatching up the nearby Salvation Army facility at 2601 Hermitage Road for $4.5 million in a deal that closed in December.

The relocation is at least the second local move the ABC has planned for the near future. The ABC store in Carytown, currently at 10 N. Thompson St., plans to move into the Carytown Exchange development in April 2022.

That ABC store will join the likes of Chase Bank and Sleep Number, two brands that recently confirmed they have signed leases at the Publix-anchored center.