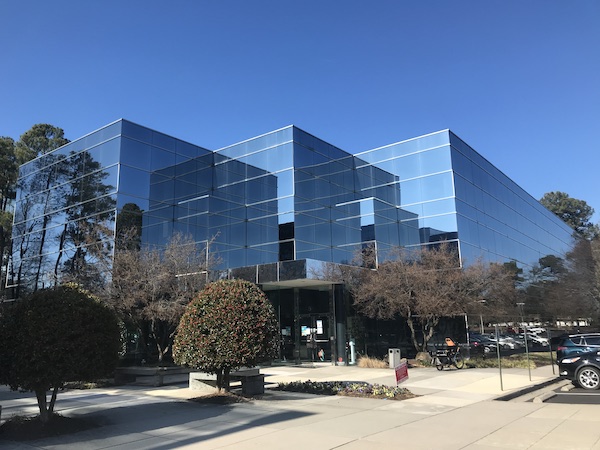 The Vistas, located near I-64’s interchange with West Broad Street, were part of a recent office deal. (Mike Platania photos)

Correction: An earlier version of this story incorrectly reported the sale price of the deal. It has been updated.

Less than a year after spending $15 million on a West End office complex, a South Florida firm has netted another hat trick of office deals as it further bolsters its local presence.

Douglas Management & Realty last week purchased the Midtown Office Portfolio, a three-building assemblage consisting of One Holland Place and the Vistas I and II, for $19.2 million.

The seller in the deal was local real estate investment firm Allegiancy, which had owned the properties since 2013 when it paid $13.1 million. 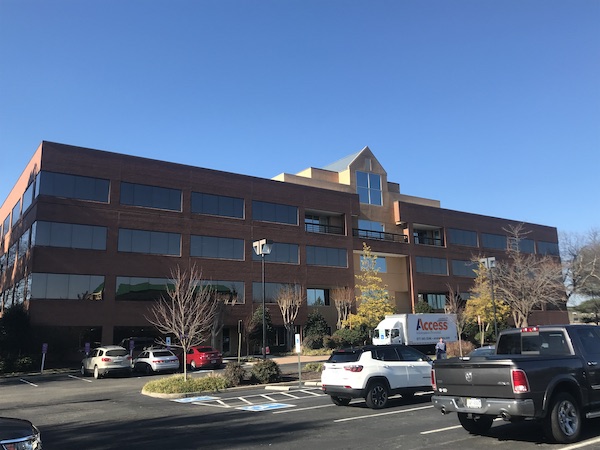 One Holland Place, which sits across from Libbie Mill, was also included in the deal.

The three buildings are 92 percent leased and total 155,000 square feet. One Holland Place sits right across from Libbie Mill at 2235 Staples Mill Road, and the Vistas, located at 5516 and 5540 Falmouth St., are about a mile to the southeast.

The Vistas were most recently assessed by the county at $7.4 million, and One Holland Place was assessed at $8.3 million.

It’s the second local deal in less than a year for Douglas Management & Realty, which bought into the Richmond market last March when it purchased three office buildings near the intersection of Forest Avenue and Glenside Drive for $15 million.

Douglas is not to be confused with D.C.-based Douglas Development, which owns dozens of downtown buildings and sought to redevelop the Coliseum.

Allegiancy’s founders and brothers Chris and Steve Sadler were not available for comment, nor were Douglas representatives. Colliers International’s Will Bradley and Mark Williford represented Allegiancy in the deal.

The Henrico office market is off to a fast start in 2021. Further west in Short Pump, a medical office building in GreenGate recently fetched $18 million as it was sold to another out-of-town investor.