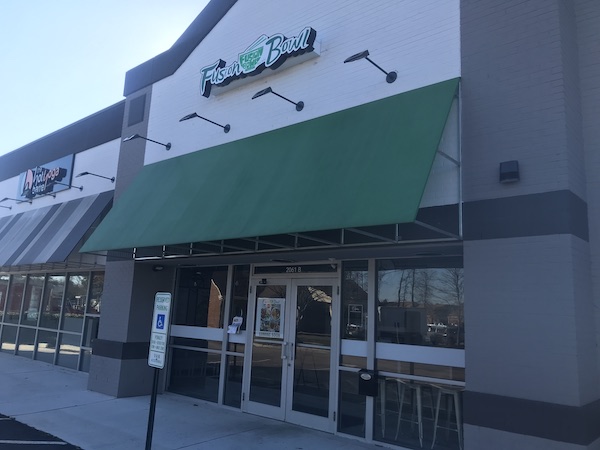 The owner of a longtime Midlothian sushi spot is expanding into the increasingly popular realm of poke bowl restaurants.

Andy Wu plans to open Fusion Bowl this week at 2061 Huguenot Road near its intersection with Robious Road.

The new restaurant is just up the street from Sushi-O at 1228 Alverser Plaza. Sushi-O was one of the first restaurants EAT Restaurant Partners’ Chris Tsui opened in the early 2000s. Wu said he purchased the business from Tsui over 10 years ago.

Local juice bar chain Ginger Juice had formerly operated out of Fusion Bowl’s space until it closed earlier this year. The space is next door to Hot Yoga Barre, a local yoga chain that opened in Midlothian in 2019.

Fusion Bowl’s poke bowls range from $10 to $14, and include salmon, tuna, shrimp and chicken topped with things like edamame, avocado, cucumber and sriracha aioli. Other dishes on its menu include miso soup, seaweed salad and mochi ice cream.

Elsewhere in the city, Mike Ledesma, the owner of Perch, recently opened the bowl-focused, Pacific Island-inspired InstaBowl in the former Acacia space in the fan.