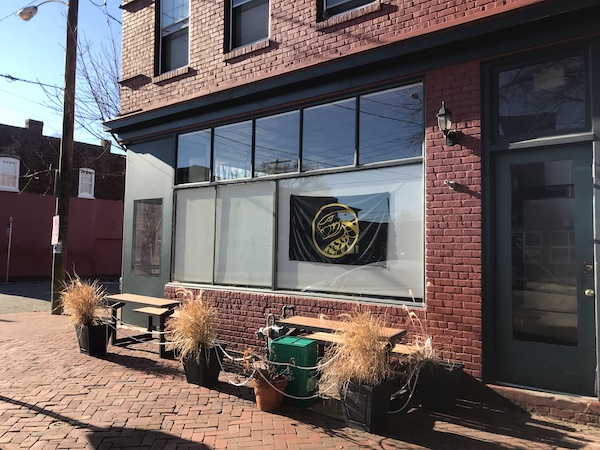 The former Dutch & Co. will soon be home to a new restaurant. (Mike Platania photo)

A burger pop-up created by the former owners of a Bon Air butchery appears to be slithering into Church Hill. 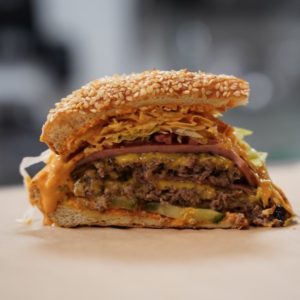 Dutch & Co., which closed late last year after eight years in business, helped put Richmond on the national map as a dining destination.

A flag donning Cobra Burger’s logo hangs in the building’s windows, and a certificate of occupancy for the space tied to Cobra Burger co-owner Joshua Franklin was filed with the city last week.

Reached by phone last week, Adam Musselman, who co-owns Cobra Burger with Franklin and Melville Johnson IV, said, “We’re not saying anything about anything yet.”

Michelle Shriver, who co-owned Dutch & Co. with her husband Caleb and purchased the building for $525,000 in 2018, confirmed that they’ve leased the space but said it’s not her place to say to whom. 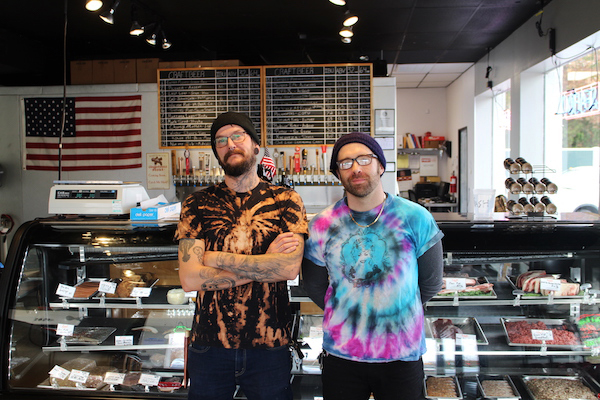 Adam Musselman and Melville Johnson IV co-own Cobra Burger along with Joshua Franklin, who is not pictured. (Mike Platania photo)

Musselman, Franklin and Johnson aren’t strangers to the Richmond food scene. In 2018 they purchased Bon Air Provisions before renovating and rebranding it as Cardinal State Butchers. The shop closed last August.

Cobra Burger wouldn’t be the only new eatery en route to the eastern side of the city. Pizza Bones RVA is preparing to open at 2314 Jefferson Ave. in Union Hill. Church Hill recently got a new bakery as well in JJ’s Makery at 2707 E. Marshall St.

Interesting response when interviewed by the media, I guess they are getting ready to announce their IPO as well?

We had wanted to wait until our opening date was less of a moving target before we made an official announcement. Cats out of the bag now though.