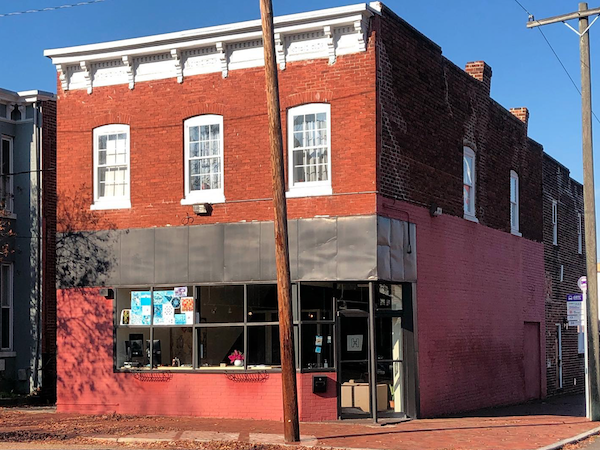 With the neighborhood’s first brewery already in the works, Church Hill is set to get another boozy new addition.

The 1,200-square-foot shop will sell bottles starting at $12, and also offer food items like tinned fish, chocolate bars and shortbread among other snacks eaten as part of a wine-drinking experience.

“We will be a shop for wine drinkers at all levels. Second Bottle is planning to highlight wines that have been farmed responsibly with limited intervention. But above all, they’ll be delicious,” store owner Erin Keene said.

Though primarily focused on a retail experience, Keene hopes to incorporate wine tastings in the future to give the space a community feel, though she’s still working on what that might look like during a pandemic. The shop also plans to offer in-store pick up orders, and Keene said she’s working on local delivery through delivery service Quickness RVA.

Keene recently moved to Richmond after 10 years in New York City, where she worked in restaurants. She lost her job due to the pandemic, and decided to take the leap on a wine shop of her own.

“The wine shop has always been a dream of mine. I had planned to do it later in life but then everything happened,” she said.

The shop’s name is a reference to that sign of a good night out: wine bottle number two.

“It’s the bottle that you set aside to enjoy with the main course of a meal when things really start to get serious or less so,” Keene said. “But also, Second Bottle is meant to represent the feeling that accompanies the second bottle of the night. The decision to go on. The harmony of good wine and good food and good company is what it’s all about for me.”

Also coming soon to Church Hill, Trapezium Brewing Co. has its eye on a spinoff location at the former Richmond Association of Masonic Lodges building.

It would be great to see more wine shops in Richmond, we are great on beer, but weak on wine for a city our size