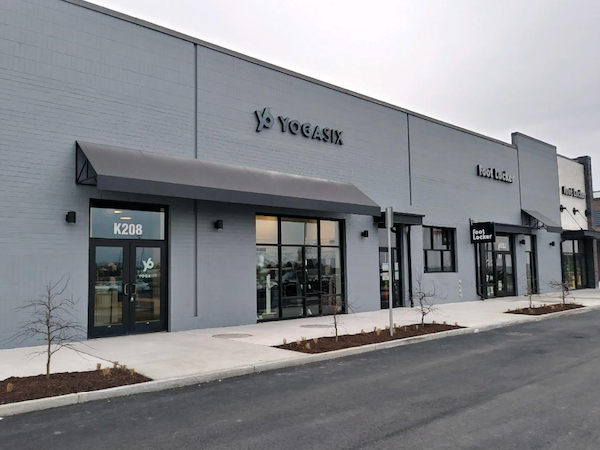 Regency has added its first yoga studio as the West End mall continues to stretch into more of a modernized mixed-use development.

California-based YogaSix opened its first local outpost at Regency earlier this month, kicking off with a soft opening and an official launch scheduled to take place in two to three months.

Christina Perronie is the local franchisee.

A military pilot, Perronie wasn’t a yoga person until she broke her back in a helicopter crash in California while she was a member of the California National Guard living in San Diego. Yoga was part of her recovery regime, but she had trouble finding a studio that worked for her. After some bad experiences, a friend recommended she try a nearby YogaSix.

“It was hard because I had two rods and eight screws in my back,” she said. “I went (to YogaSix) and fell in love with it.”

Perronie moved to the Richmond area five years ago and contacted the company about standing up a Richmond studio when she heard it had unveiled a franchise model. She also was previously a franchisee for a Pure Barre gym in California. Pure Barre shares the same parent company, Xponential Fitness, as YogaSix.

“I like that corporate can guide you through the process, help with marketing and whatever it is you need,” she said, adding that she’s also an officer in the Virginia National Guard.

The 2,200-square-foot Regency studio has 11 employees, six of whom are teachers.

Perronie plans to open two more studios in the area in the near future. She hopes to expand to Scott’s Addition this summer. Where the third location will be hasn’t been determined.

YogaSix, which is based in Irvine, Calif. and founded in 2012, has more than 400 licensed locations in the country, according to the company’s website.

The brand is named for the six core classes its studios offer, which include hot yoga and a beginners’ class. Memberships run from $76 to about $100 monthly. Class packages cost between $10 for a single off-site class to $195 for a 10-class package.

YogaSix is among the latest arrivals to Regency. Mall owners Rebkee Co. and Thalhimer Realty Partners are undertaking a substantial renovation that includes apartments and a shift away from retail anchors to more experiential anchors, such as the Surge Adventure Park that opened in October. YogaSix is located in one of the mall’s new outward facing parcels, next door to the Footlocker that moved to a window view from an original location inside the mall.

ive joined and let me tell you its fantastic-ill see you there on sundays!