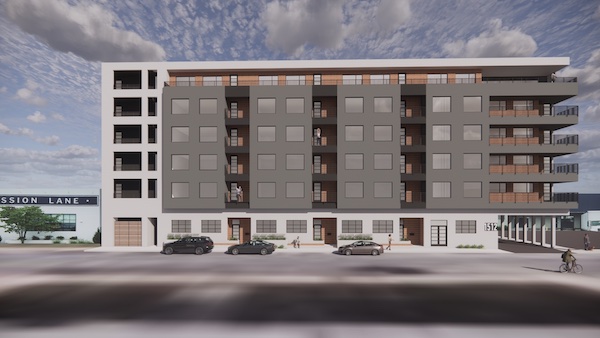 Belleville Street, largely left untouched during the early days of the Scott’s Addition real estate boom, continues to now be one of the neighborhood’s busiest strips for new development.

The latest sign of its momentum will soon take shape at 1508 Belleville St., where Thalhimer Realty Partners and property owner John Freeland are planning a six-story, 126-unit apartment building.

Last week TRP and Freeland filed an application for a special use permit, something TRP Principal Jason Guillot said they need in order to build six stories high. The property’s current B-7 zoning allows for up to five stories.

Guillot said they’re hoping to break ground in late 2021, which would put the project on track for a spring 2023 completion.

It’s the second time TRP and Freeland have co-developed on that stretch, having previously worked together on 1406 Belleville St., a parcel next door that’s home to credit card startup Mission Lane.

Guillot said the building’s apartments are going to mostly be one-bedroom units with an additional study area, a feature they think will be in demand in a post-pandemic world.

“As developers have traditionally focused on squeezing square footage out of units aspiring for top of the market (per-square-foot) rents, what is sacrificed is that extra elbow room and the ability to have a dedicated workspace for Zoom calls other than your bed or sofa,” Guillot said.

The project will include about 80 parking spots beneath the building, and it will not feature any commercial space. 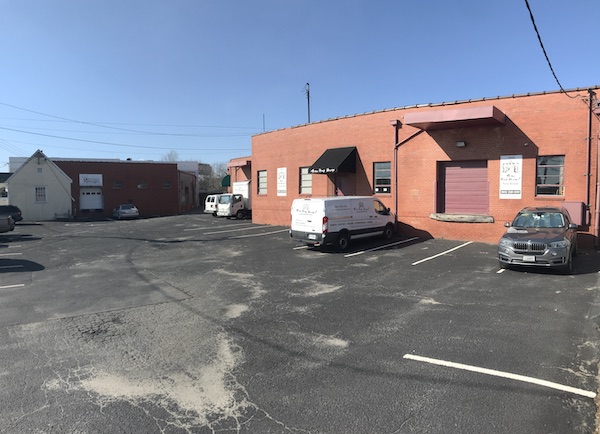 Roth Jackson attorney Jennifer Mullen is representing the developers in the SUP process, and Virginia Credit Union is the project’s lender. 510 Architects is designing the building, and Guillot said they haven’t selected a general contractor yet.

In late 2019, Northern Virginia-based Bonaventure Realty Group purchased the Scott’s Edge apartments for nearly $18 million, and began picking up some nearby surface lots on Belleville.

In the fall, Bonaventure filed plans for a second phase of Scott’s Edge that will see 203 apartments rise at 1700 Belleville St.

Brambly Park Winery and Ironwood Automotive recently opened at 1708 and 1704 Belleville St., respectively. More dining options were previously planned in the form of a food hall that was to be anchored by The Veil Brewing Co. at 1509 Belleville St., however those plans fell through last summer.

The aforementioned Mission Lane recently added to its footprint on Belleville.

while I understand why they don’t have commercial space, I think the city should mandate it as part of giving them the extra floor. Heck, give them 2 extra floors to make up for it.

Well, this looks just like how many other of these apartment buildings? Can we get a little creative here?

I knew as soon as I clicked on this story someone would complain about the aesthetics of the building as all of these 5-6 story buildings get the same comments. Not trying to pick on anyone in particular’s comments but maybe the people spending millions of dollars are picking the designs that rent/sell the best and are most economical to build. You don’t spend 30-40 million dollars of your own money to take an architectural risk or make a statement unless you don’t mind losing/wasting money. I am sure the people building these buildings would freely welcome new designs if… Read more »