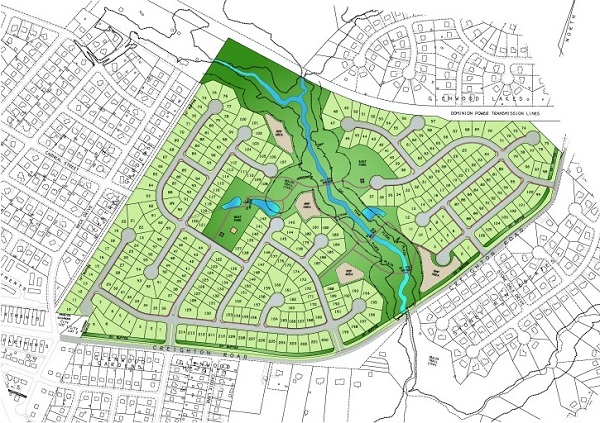 A site plan of the proposed redevelopment of Glenwood Golf Course. (Courtesy of Godsey Properties)

The oldest public golf course in metro Richmond is being teed up for residential development.

If approved, the development would mark an end to a more than 90-year run for the 18-hole, par 71 course, which has been in operation since the 1920s.

Harry Griffin, co-owner of Glenwood Golf Club with operations director Frank Adams, said they’ve fielded offers on the property in the past and were receptive when Godsey approached them with its project.

“Golf has changed a lot in the last 40 years I’ve been in it,” said Griffin, the club’s PGA professional on staff. “Golf is not where it used to be. Everybody will tell you that. And at some point in time we’ve just got to take a step back and do something else, like retire. Sometimes you’re just ready to go.”

The 120-acre property is under contract to sell to Godsey pending approvals from the county, which will consider a requested rezoning and provisional-use permit at the Planning Commission’s meeting on Thursday.

County planners do not support the project as proposed and are recommending a deferral to give Godsey time to address concerns regarding density, lot dimensions, pedestrian facilities and other details.

Planners said the proposal does not fit what the county’s comprehensive plan envisions for the site, which is designated for a mix of residential, commercial, office and recreational uses.

Andy Condlin, an attorney with Roth Jackson Gibbons Condlin representing Godsey in the case, said the proposal was being amended to address the county’s concerns and that they hope to go forward with a hearing at Thursday’s meeting.

“We’re working on some of the details with respect to the case on some of the more specific features that they’re looking for,” Condlin said Tuesday. “We’re hoping that we go forward, but I’m not sure where we are right now.” 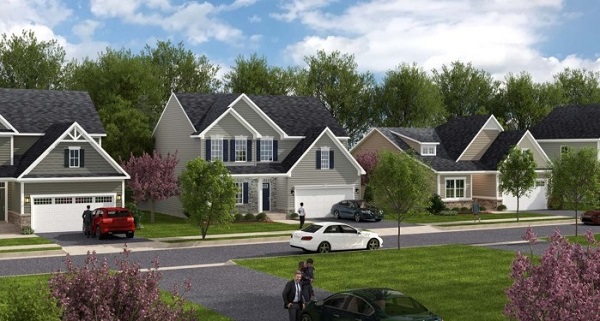 A rendering of some of the zero-lot-line homes, which would come up to or close to property lines. (Courtesy of Godsey Properties)

As proposed, the development would consist of zero-lot-line houses — homes that come up to or close to a property line — that would form two neighborhoods divided by an existing stream that bisects the property. The southwestern side would total 214 homes, while 106 homes would fill the northeast side.

Pedestrian trails would connect the two neighborhoods, which would have access from Creighton Road but no connections to adjacent single-family subdivisions that surround the site. The stream would form a central park area with a playground, two pavilions and existing ponds.

Landscape buffers also would contribute to 31 acres that would be preserved as open space or common areas and 11 acres worth of park space, Condlin said.

“At the end of the day, we’re providing for pretty substantial open areas and community areas, as well as making improvements on Creighton Road,” Condlin said.

The homes would be at least 1,400 square feet in size, each with an attached or detached one-car garage. Homes would vary between eight design styles and range in price from $310,000 to $410,000, Condlin said.

Plans do not specify a builder for the project, though Godsey typically works with Henrico-based NK Homes, which Godsey principal Doug Godsey co-owns. The firms’ developments together include the 40-home Timberlake Commons in Mechanicsville. Engineering firm The Bay Cos. drew up the plans for Glenwood.

A message left for Godsey was not returned Tuesday.

The county’s comprehensive plan designates Glenwood for “Traditional Neighborhood Development (TND),” which envisions “a master-planned community with a full array of unique amenities … with a mixture of residential, commercial, office and open space/recreation,” according to the staff report for the case.

The report states the proposal “is neither a TND nor fully consistent with the area’s most recent residential developments.” It goes on to say that if the project is to be a TND, “much would need to be revised and other features and services would need to be included.”

Planners also maintain that the TND designation for the site is intended to be part of a wave of new development that’s transforming the Nine Mile Road corridor to the south, where a redevelopment of the former Armstrong High School site is beginning a planned revitalization of Creighton Court. Other activity includes the Church Hill North Retail Center and neighboring culinary school building. 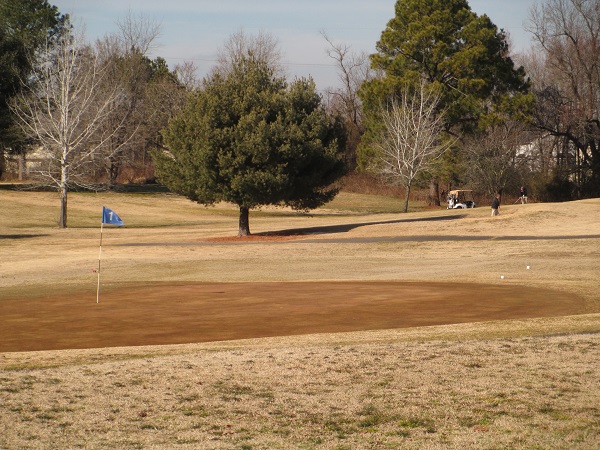 The Glenwood Golf Course along Creighton Road dates back to the 1920s. (Jonathan Spiers photo)

Designed by Scotland-born golf architect Fred Findlay, whose credits also include the Meadowbrook Country Club course in Chesterfield, Glenwood was established in 1926 and has been in operation since 1927, according to the county.

Henrico property records show that it most recently changed ownership in 1996 in a nearly $4.5 million transaction. The latest county assessment valued the property at $279,700.

Griffin, who’s been involved at Glenwood for 30 years, said his and Adams’ interest in selling the property is not a case of the course underperforming.

“With COVID last year, we had a very good year,” Griffin said. “This being one of the most affordable golf courses in the area, business has been good. It’s hard to walk away from a successful business, but sometimes you’re ready.”

Griffin said selling to another operator who could keep the course going would not be a viable option, though he noted that the deal with Godsey is not yet finalized.

“I don’t know that we could sell it as a golf course, because they really couldn’t pay us what we’d have to get for it,” he said. “Golf courses are being sold daily for a fraction of what they were built for.”

“We don’t know this will happen. It’s an option,” Griffin said of Godsey’s proposal. “We’ve had offers on this golf course before. The zoning has been an issue in the past, and it may be this time. We don’t know. It’s far from a done deal.”