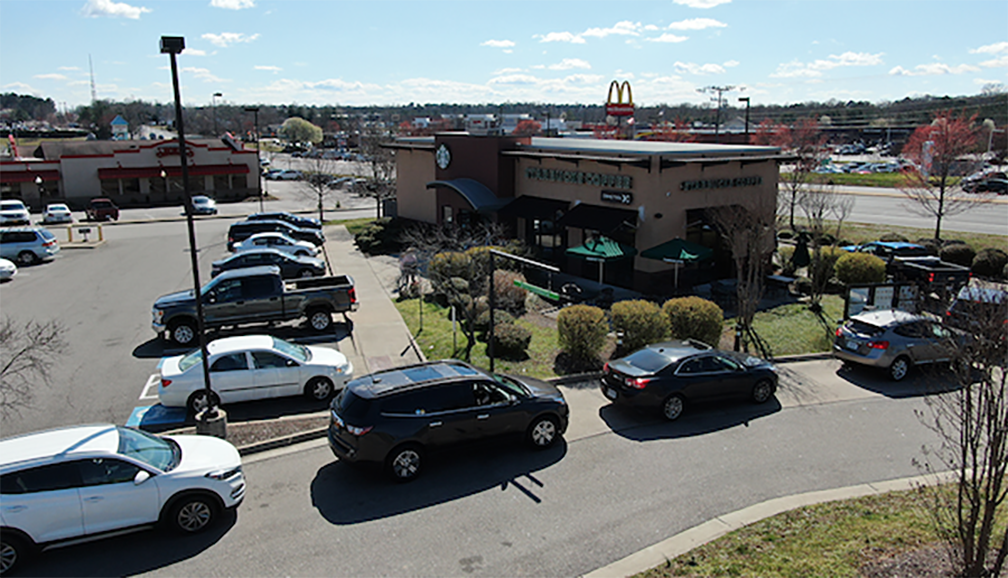 GBT Realty sold a 1,750-square-foot restaurant building at the Bermuda Square shopping center in Chesterfield County for $1.4 million. It is currently leased by Starbucks. (Courtesy of JLL Retail Capital Markets)

About two years into ownership of Bermuda Square, the Chester shopping center’s landlord has sold off the outparcel that’s home to its resident Starbucks.

GBT Realty, a Nashville-based real estate firm, sold 12501 Jefferson Davis Highway to Michigan-based Agree Realty for $1.4 million in a deal that closed in mid-December, according to Chesterfield County property records. The 1,750-square-foot building on the property is leased to Starbucks.

Agree Realty’s Virginia portfolio consists of about 30 properties, with a Henrico Firestone Complete Auto Care and Sonic Drive-Ins located in Henrico and Colonial Heights comprising its other Richmond-area holdings, according to its website.

GBT Realty also recently sold off another outparcel at Bermuda Square. The Valvoline Instant Oil Change property at 2501 W. Hundred Road was purchased in September for $1.7 million. Californian Sonya Kellogg was the buyer.

The sales come after GBT announced it had tenants lined up for two anchor spaces at the 136,600-square-foot center in July. Hobby Lobby inked a lease on 50,000 square feet at the center, as did Burlington at a 34,000-square-foot spot in the center.

The Burlington has since opened. The Hobby Lobby will open later this month, the company told BizSense.

GBT bought the center from Giant Food Stores LLC for $18.6 million in November 2019.

Bermuda Square also recently lost a bank tenant, as SunTrust was combined into the BB&T branch across the street in Breckenridge Shopping Center as part of the banks’ transformation into Truist Bank.