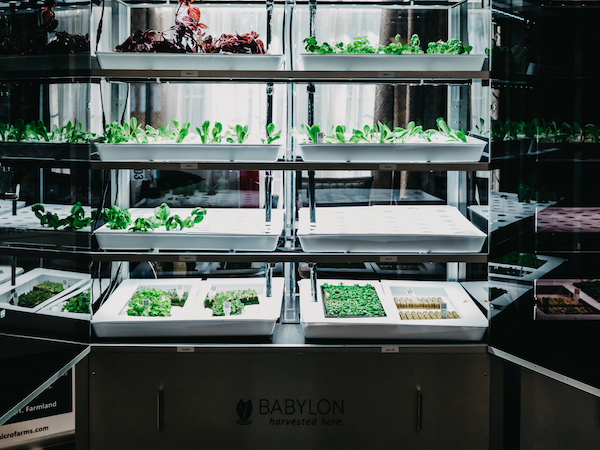 Babylon Micro-Farms develops remote-controlled, indoor farm systems that are used to grow vegetables, greens and herbs. The company plans to relocate to Richmond from Charlottesville this month. (Photos courtesy of Babylon Micro-Farms)

Richmond is on a business recruitment hot streak this week, as it was chosen as the landing spot for the new headquarters of two out-of-town firms.

Charlottesville-based Babylon Micro-Farms, which builds hydroponic systems for indoor farms, will move its home base to 3409 Carlton St. in Scott’s Addition by the end of the month.

Headed across the river to Manchester by way of Austin, Texas, is Vytal Studios, a tech startup that creates new employee training and orientation content for other companies and plans to invest $6.8 million to relocate its headquarters to 1802 Semmes Ave.

Babylon Micro-Farms, founded in 2017 by Alexander Olesen and Graham Smith, develops and sells the software and hardware needed for remote-controlled, indoor farm systems that are used to grow vegetables, greens and herbs.

The company has grown to a workforce of 20 and expects to create 24 new positions over time as a result of the move.

It is leasing 7,700 square feet at the Scott’s Addition building, which will be home to offices and development space. 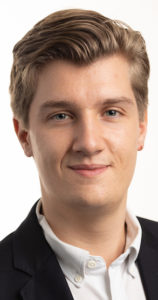 Olesen, the company’s CEO, said it is leaving Charlottesville behind for a number of factors, among them the need for more space and a desire to get in front of more potential applicants for its expanding workforce.

“Richmond is up and coming and it has a much bigger talent pool. A lot of economic activity and talent ends up here,” said Olesen. “We’ve found potential employees are more willing to move to Richmond (than Charlottesville).”

The move gives the company more space to expand its software development, research and manufacturing capabilities to pave the way for national and international distribution.

“We have moved into a space four times the size and our rent went down,” Olesen said.

For its planned move in July, Vtyal Studios will lease a 22,000-square-foot former warehouse on Semmes Avenue, to be renovated to include film studio space, and post-production and development offices. The company is expected to create 155 new jobs with the relocation.

In moving Vytal Studios from Austin, Matt Woolman, the company’s chief learning officer, said Richmond’s educated workforce and cultural amenities made it a good fit for the company.

“Definitely over the past 10 years Richmond has blossomed in every way while still remaining a livable city with the benefits of zero commute times. All the conditions here, especially through (founder and CEO Jim Smith’s) eyes, are in place to be the next Austin,” said Woolman, who joined Vytal in January, working remotely from Richmond. He is also a VCU professor.

The company, which was founded in 2018, creates customized extended reality simulations and programs used for “onboarding” new employees for corporate clients. Among its recent work is a contract with the New College Institute in West Virginia, for which it will develop six, hour-long training modules to be used as study resources for health care professionals who seek telehealth certification.

Woolman said as the firm eyed its expansion, Austin seemed too crowded a scene for a growing tech company.

“Nothing against Austin, it’s a great city. But in the long time that (Smith) has spent there, many large and notable tech companies have moved to that area,” Woolman said. “Consequently, it has become an increasingly competitive environment to identify, secure and maintain talent.”

The company has about 20 employees in the United States and internationally. By the end of 2021, Vytal expects to have 15 to 25 full-time local employees. Woolman said the company plans to reach its employment goal within three to five years of relocating to Richmond.

The city worked with the Virginia Economic Development Partnership to attract Babylon to Richmond. The company is eligible for benefits through the Virginia Enterprise Zone Program and Virginia Jobs Investment Program.

Richmond also got a helping hand in landing Vytal from the Virginia Economic Development Partnership and the Greater Richmond Partnership. Northam OK’d a $500,000 grant from the VEDP’s Commonwealth’s Opportunity Fund to support the effort to attract the company to town.

Congrats! Although that’s a lot of PLASTIC in those greens; no thanks for me…

Michael, here’s some information you should read. And by the way, the water you drink get’s to your house through, you guessed it! PLASTIC.