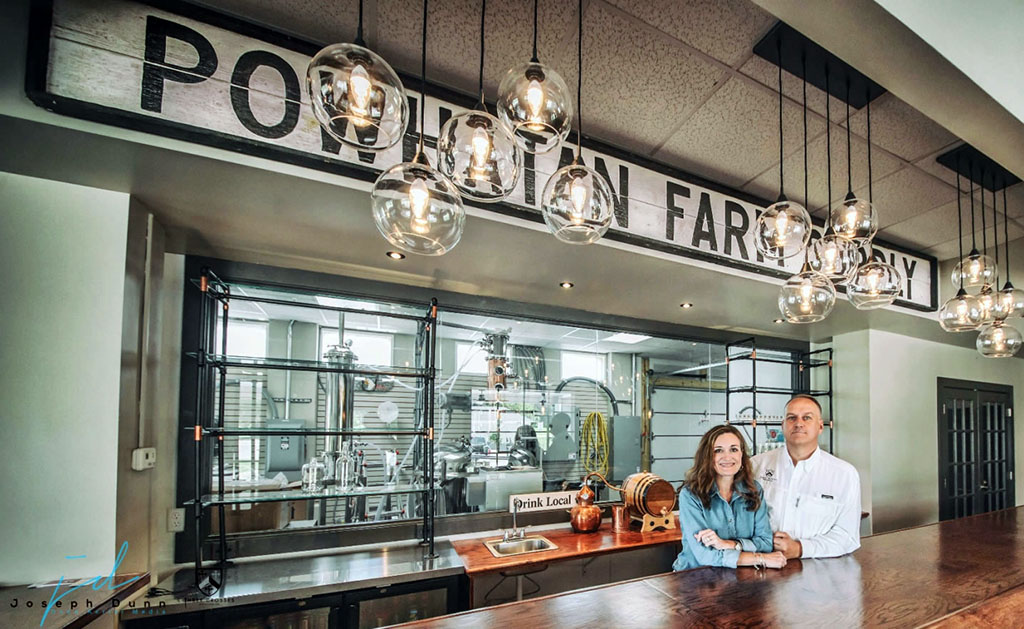 Since opening in 2018, the regulars at Powhatan’s Three Crosses Distilling Co. have complained to owners Michelle and John Davenport about the area’s lack of dining options.

So, the wife-and-husband duo has decided to take the food matter into their own hands and give their customers something to pair with their distillery’s spirits.

They’ll soon open The Table at Three Crosses, a restaurant within their facility at 3835 Old Buckingham Road.

Three Crosses has been distilling a variety of spirits in Powhatan the last three years, including whiskey, rye, rum, gin and vodka.

Michelle Davenport said they never had ambitions to get into the restaurant business but the opportunity presented itself after a yoga studio adjacent to Three Crosses closed, making available about 1,700 square feet of leasable space.

“First of all, who opens a distillery in the state of Virginia? And who opens a restaurant in the smack dab of COVID?” Davenport said, laughing. “So we’re either crazy or pioneers, I don’t know. But it’s fun and exciting.” 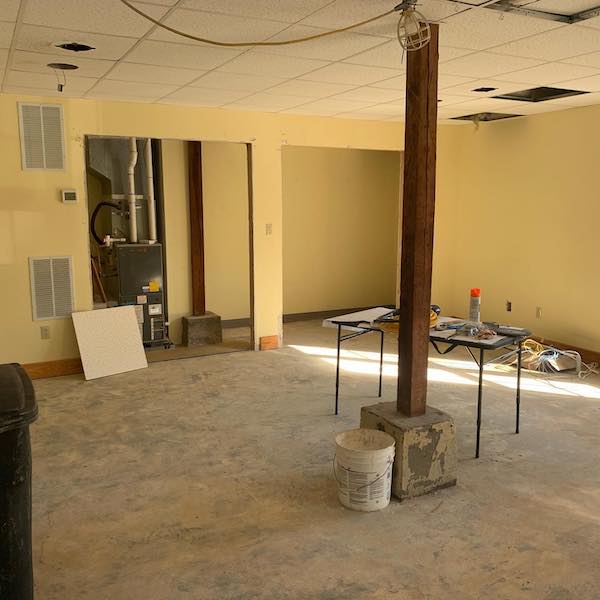 The Davenports have tapped veteran local chef Michael Stotler to oversee The Table at Three Crosses’ food operation. Stotler has run his own business as a private chef called Stotler’s Home Cooking, and also ran the food operation at Courthouse Creek Cider in Goochland.

“It’s going to be higher-end pub food with a menu that changes on a seasonal basis,” Davenport said. “(Stotler) will be the one curating our menu and leading the kitchen.”

Work recently got underway on restaurant space, and Davenport said they’re aiming to have The Table open by the summer.

She said the name, which was originally thought up prior to the pandemic, signifies their initial plan for a large, shared table in the middle of the restaurant. That idea has had to go on the backburner, but Davenport said they hope to eventually have it in the restaurant.

“The neat thing about Powhatan is there’s a huge community feel out here,” she said. “This pandemic’s not going to last forever and we’ll eventually go back to eating in large groups.”

In the early days of the pandemic, Three Crosses pivoted to producing hand sanitizer, something Davenport said allowed them to not only keep the lights on, but to hire a few part time workers.

“We were lucky that ABC gave us some things like curbside pickup and delivery and cocktails to-go, those were added bonuses that kept us going,” she said. “I have to say the ABC did step up for us big time. I’ll give credit where credit is due.” 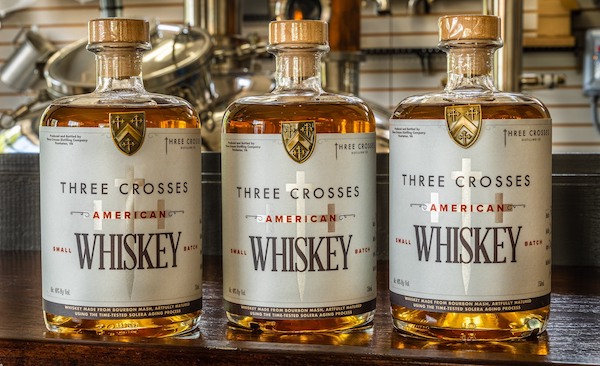 The 3-year-old distillery makes all sorts of liquor, but its namesake American Whiskey is its best-seller.

Its spirits are distributed to ABC stores throughout the state, and Davenport said they recently signed on to distribute Three Crosses in South Carolina.

Very best wishes for much success for Michelle & John on the new restaurant. I can’t wait to eat there! They are great members of the community and I know that they will get a lot of support!