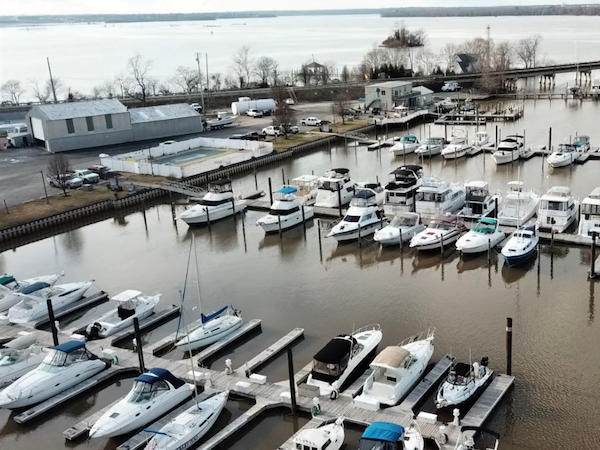 The operator of a Chesterfield boat dealership has dropped anchor at a Prince George marina.

Jordan Point Yacht Haven, a 100-slip marina located just east of Hopewell, sold for $1.35 million to a limited liability company tied to J.W. Davis in late January. The facility has been renamed Jordan Point Marina under its new ownership.

Davis plans for the rechristened facility to undergo a handful of improvements this year, as well as become the new home of Davis Watersports this spring. Davis Watersports is a boat dealership that Davis runs on behalf of his family. The boat operation is currently situated at Davis Auto Sales, his family’s 45-year-old car dealership north of Chester.

The marina sits on a 5-acre property at 101 Jordan Point Road. The property was most recently assessed at about $1.03 million, and the transaction was recorded Jan. 26, according to Prince George County’s online property records.

The avid boater purchased the marina because he was in the market for a place to show off the boats he sells at Davis Watersports. On top of the marina’s regular operations, it’ll serve as a venue to display for-sale boats and easy access to the James River for customers to test drive them.

“Marine passion in general is the easiest way to put it, and marine sales was something I was already in so it just made sense,” Davis said of his desire to own the marina. “Being able to demonstrate the amenities is huge.”

The previous owners, Mike and June Winn, had owned the marina for 30 years and are now retired. Davis said the marina is already in a good position that can be made better with some updates.

Some of the larger changes on deck for the marina are an events space on a piece of land currently used to store boats, a shift in the existing marina store’s focus from boat parts to more food-and-beverage offerings, more slips and potentially pontoon boat rentals.

The plan for what’s now the land storage area is to use it primarily for events put on by the marina.

“I need it to do more than have boats sit on it,” marina general manager Cody Cole said. “We want other people to be able to enjoy the marina even if they don’t have a boat. We want to be more of a destination.”

Those new and tweaked amenities come amid other improvements, such as new fuel pumps and several more boat lifts to beef up the six that the marina already has. The marina also features a pool and Crabby Mike’s restaurant, which is expected to continue operations but with a new name.

Cole said it wasn’t clear yet exactly how much the improvements will cost, but the plan is to knock out most of the to-do list by around this time next year. The marina’s storage facilities are at capacity with close to 100 boats on site.

“The boating industry is so hot right now, just like everything that’s outside. We wish we had more slips because they’re pretty much all rented and if they’re not rented, we have a waitlist for them,” Cole said.

The marina wants to put in an additional dock, which would add more slips to the facility. Just how many slips hasn’t been determined yet, Davis said. He declined to share rental rates for slips, but said the rates were being reviewed.

Davis has a round-about family connection to the site of the marina as he is a descendant of Samuel Jordan, an early English settler of the area. Davis said he didn’t know about the connection until after he bought the property. When he told his family about the acquisition, an aunt with an interest in genealogy filled him in.

Davis said he regularly cycles through his own boats. Last season, he owned a Statement Marine. His favorite boat is a Cigarette Top Gun he once owned.

Elsewhere in the local marina scene, Kingsland Marina in Henrico County is fresh off upgrades to its Lilly Pad Café.

And a group led by developer Yogi Singh is well underway on major upgrades at its River’s Rest Marina & Resort in Charles City.