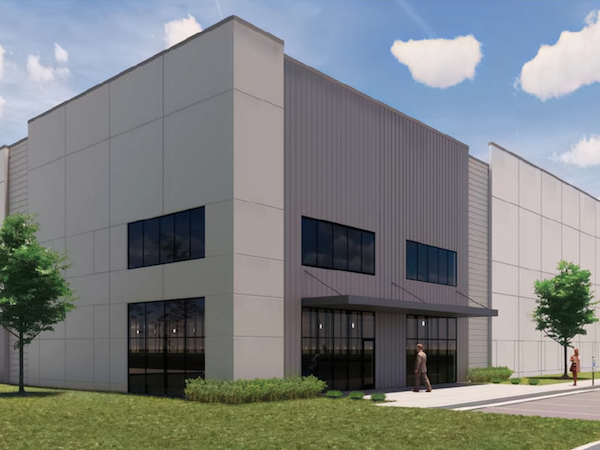 Another chunk of Meadowville Technology Park has been sold off, this time to a developer that plans to build a sizable new industrial building on spec.

Red Rock Development out of Columbia, South Carolina, bought about 54 acres in the park for $3.2 million from the Chesterfield Economic Development Authority in a deal that closed Friday.

Red Rock, along with Westport Capital Partners LLC, which has offices in California and Connecticut, has kicked off construction of a roughly 350,000-square-foot warehouse facility at Meadowville Technology Park. Construction is expected to wrap up in late 2021, the county announced Monday.

The facility would be built along the newly extended Digital Drive, which is in the southern part of the park near where I-295 and Route 10 connect. The property’s current address is in the books as 1400 Bermuda Hundred Road, though with the road extension the property’s address will change, said Matt McLaren, a senior project manager with Chesterfield Economic Development.

The facility is expected to cost $20 million, McLaren said, and will include 185-foot truck courts and 36-foot ceilings.

Chesterfield and Red Rock had been in talks for several years about a project in the county, an idea the developer pitched. The idea of a spec site was an appealing prospect because the park has little in the way of similar facilities that are available to meet the demand, McLaren said.

“We typically have not sold any land to developers for speculative development because we’re typically in the business of selling to an end user,” McLaren said. “We made a decision to partner with a development partner like Red Rock and the building they proposed.” 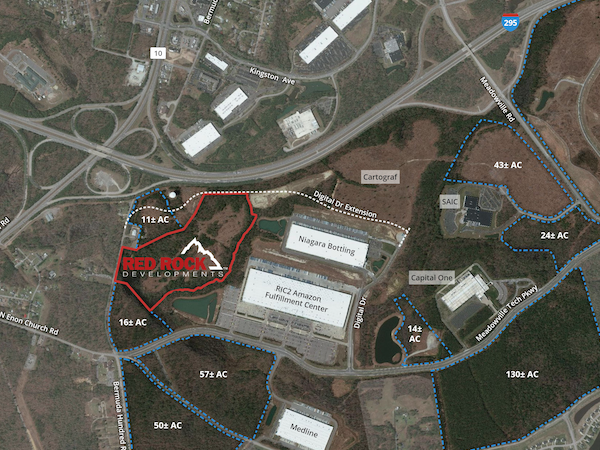 McLaren said there isn’t an end user in mind yet for the Red Rock site, but the county will market the property to potential tenants in the food-and-beverage, logistics and packaging sectors.

The project is the first speculative development to take place in the industrial park, as well as Red Rock’s first project in the greater Richmond area, according to the county announcement.

“Red Rock has long considered Meadowville Technology Park a prime location for our entrance into the Richmond, Virginia market. We look forward to working with Chesterfield to aggressively market this building in a market that is increasingly tight on supply,” Red Rock President and CDO John Barker said in a prepared statement.

The deal wasn’t yet reflected in the county’s online records Monday. The land that changed hands was part of a 74-acre property most recently valued at $4.9 million.

Thalhimer’s Mark Douglas and Graham Stoneburner are handling leasing for the new building.

The project’s announcement comes about a year after the EDA bought 353 additional acres in Meadowville, only to sell 307 acres for $18.1 million the same day.

The park is about 1,600 acres. Amazon, Capital One and Niagara Bottling are its current major tenants.

In December, the EDA announced it had bought 2,000 acres near Mosely for $13 million for future economic development.