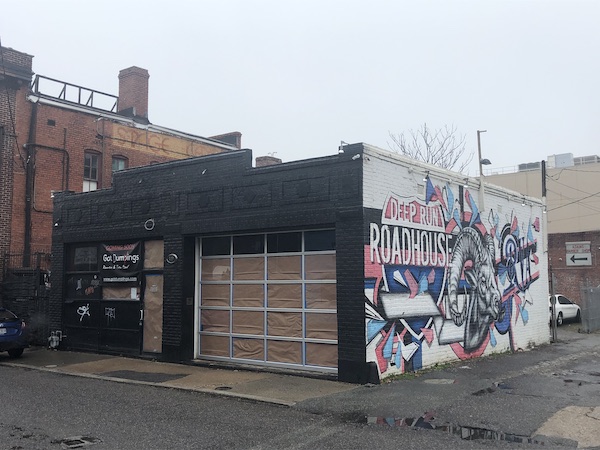 A VCU-area restaurant space didn’t stay vacant for long, as it’s swapping out brisket and cornbread for dumplings and ramen.

Got Dumplings, founded in Charlottesville by sisters Phung Huynh and Kynnie Wong, is preparing to open in the former Deep Run Roadhouse space at 309 N. Laurel St.

The new Richmond location will be the second for Huynh and Wong, who started Got Dumplings in 2011 as a food truck before opening a brick-and-mortar spot for it near the University of Virginia campus.

Huynh also owns Poke Sushi Bowl, a concept she brought from Charlottesville to Richmond with her husband Bo Zhu in 2017. A year later they opened a second Poke location at 933 W. Broad St., just around the corner from Got Dumplings’ future home on Laurel.

Huynh said they typically serve hundreds of students each day at their UVA locations, and that success made them consider bringing Got Dumplings to Richmond.

“It’s definitely a popular spot for the students and we’ve gotten lots of positive feedback on our dumplings, so we wanted to expand it to VCU,” she said.

In addition to dumplings, Got Dumplings’ menu includes ramen noodle soup, bubble tea and frozen slush drinks, and its combo dishes range from about $8 to $12.

Huynh said the VCU location is a bit bigger than the Charlottesville one, so they’ll likely have a bigger menu in Richmond.

“We might be able to add a little bit more side dishes to go with our bubble tea and dumplings,” she said.

Building permits for the Laurel Street building were filed last month and renovations are underway. Huynh said they’re hoping to have it open in time for VCU’s fall semester this year. If this spot has similar success as the Charlottesville Got Dumplings, Huynh said they would consider adding more locations in Richmond.

Got Dumplings will be the latest arrival to the neighborhood, following &pizza, a D.C.-based chain, which opened across the street at 308 N. Laurel St. last year.

Love the name, and the concept! Can’t wait to try.

I’m curious. Students are notoriously poor. I was. For me and a number of fellow students ramen noodles as a diet mainstay was truth. These students are supposedly saddled with student loan debt they want everyone else to pay off but they have the money to eat out? How is it that the VCU area has so many resturants that seem to do OK? I’m not trolling, I’m legit curious.

Ram Bucks. Students on the VCU meal plan eat most of their meals from neighborhood restaurants who participate in the program and are reimbursed by VCU

So students are basically using their student loans to eat in restaurants?

…or dining halls. If you haven’t seen university dining halls in the last 10-15 years you are in for a huge surprise. They’re incredible, and they have become real attractions to prospective students, and more importantly their parents. It is no surprise that parents are invited to dining halls during visitation trips. The variety is amazing. Far different than what I dealt with many years ago. VT and I think VCU are always rated in the Top 10 campus dining facilities in the country. I suspect the inclusion of local eateries helps level the playing field financially as well as… Read more »

Tim;
There are two types of students. the rich ones who have the parents pay for everything, and who probably eat and party all week.
then there are the nes with the loans, who probably work in the places the rich kids go party.

Interesting we get an article about the ones opening around VCU for students but not all the closings. Which Wich is gone along with several other small local and chain places but hey Starbuck relocation is final moving forward at the old Arby’s at Strawberry and Broad. I am assuming the Arthur Ashe location will be closing soon.