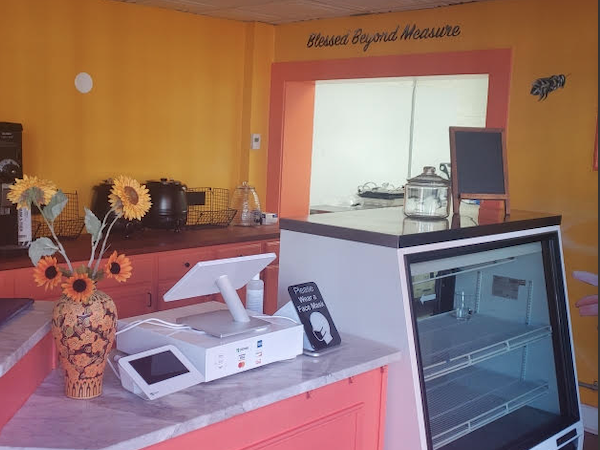 With two years of free rent in hand, a local juice bar has expanded into catering by opening its second location inside a downtown history museum.

Ms. Bee’s Juice Bar opened its new outpost at The Valentine, a museum at 1015 E. Clay St. on Monday, landing near the VCU Health campus as the Children’s Hospital of Richmond at VCU constructs additional facilities.

Ms. Bee’s new spot will be geared toward grab-and-go customers, though it will feature an identical menu to the original location in Northside and have customer seating. The museum spot will be home to the company’s newly launched catering efforts, though customers will be able to place and pick up catering orders at the original Ms. Bee’s in the Northside as well.

The juice bar’s Valentine space is 900 square feet and features indoor seating for up to 20 customers. Initially, it’ll be capped at half of that to stay in line with pandemic-related restrictions. An outdoor patio can seat up to 50 people.

Owner Brandi Battle-Brown said she expected to focus on being a stop on nearby office workers’ days.

“It’s a high traffic area and I want to be able to get customers in and out,” she said. 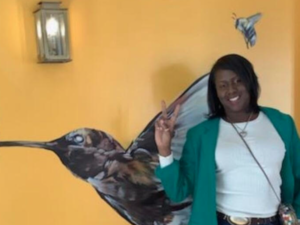 Brandi Battle-Brown is the owner of Ms. Bee’s Juice Bar.

Battle-Brown also hopes to position the juice bar as the area’s preferred catering for professional meetings and events. Though slightly smaller than the 1,100-square-foot Ms. Bee’s in Northside, the Valentine location has a larger kitchen which makes it more suitable to be the company’s catering hub. The Valentine spot has four employees.

Battle-Brown was able to snag the Valentine space after winning a contest put on by the museum to find a new resident eatery. As the winner, Battle-Brown received free rent for the first two years of her time at the museum.

Ms. Bee’s opened its first brick-and-mortar at 114 W. Brookland Park Blvd. in January 2020. Though it had just gotten off the ground before the pandemic’s economic disruptions were felt in the United States, Battle-Brown said the shop’s focus on health helped keep the venture afloat.

Though sales fell as much as 20 percent, Ms. Bee’s never had to fully pause its operations.

“Even during a pandemic I thrived because if somebody was sick, they would call in and place an order,” she said. “Even though I opened right before (the pandemic), I couldn’t have chosen a better venture or business to be in because people want to be healthy, they want longevity.”

Ms. Bee’s is also at work on a custom parklet to be set up outside its Northside location. That effort comes amid a similar project by the city to set up city-funded parklets outside restaurants.

Elsewhere in the local juice-bar scene, The Pit and The Peel plans to move out of its Carytown space in favor of a lease at Westhampton Commons, a mixed-use project shaping up at the Westhampton School property.