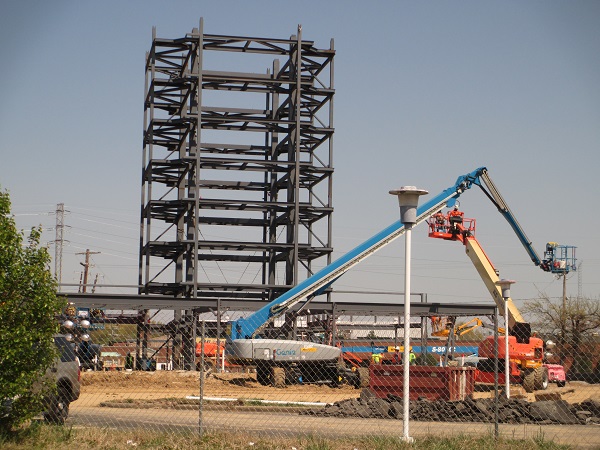 With its car vending machine tower coming into view in Richmond, national retailer Carvana is reviving its plan for a regional distribution facility it had previously put in its rearview mirror.

The online used-car seller is moving forward with its planned vehicle inspection and processing center in Chester, a $25 million project that it pulled last spring after securing state and local incentives and approvals in 2019.

An announcement Tuesday from Chesterfield County Economic Development said the company conducted another national site search and ended up selecting the same location for the 191,000-square-foot facility, which will be built on a 183-acre tract at 13504-15100 Woods Edge Road, along the east side of Interstate 95 just north of Ruffin Mill Road.

The company on Friday closed on the land, which it purchased for about $2.77 million in a six-parcel deal, county property records show. The latest county assessment valued the parcels collectively at upwards of $3.05 million.

Construction on the facility is scheduled to start before July and finish in spring 2022. 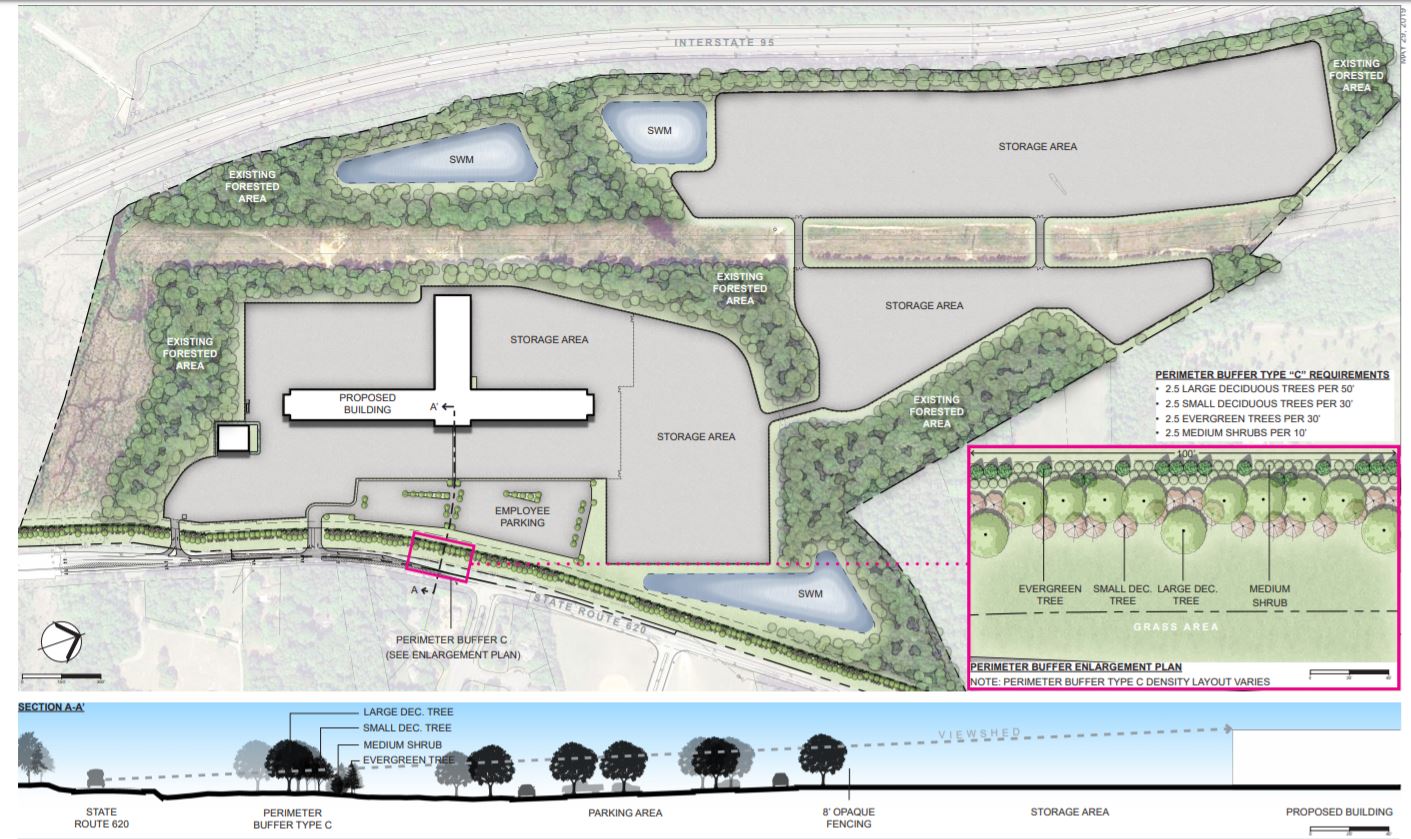 A site plan of the Carvana project as it was proposed along Woods Edge Road. (BizSense file)

At the time, a Carvana spokesperson told BizSense that the company was no longer pursuing an inspection center in Chesterfield, stating the decision was made after “examination of current business priorities.”

A request to Carvana for comment was not returned Tuesday.

Originally proposed as a $40 million project, the facility received considerable pushback from neighboring property owners, who expressed concerns about noise impacts and truck traffic on area roads. Despite the opposition, county supervisors approved a required rezoning by a 4-1 vote, with Dale District Supervisor Jim Holland the lone dissenter.

Tuesday’s announcement included a quote from Holland, now the board’s chairman, describing the facility as an asset to the county.

“Chesterfield has long worked to attract globally-recognized businesses, and Carvana will be a strong addition to our corporate roster,” Holland says in the release. “Carvana’s new facility in Chesterfield County will provide access to strategic logistics connections, along with a well-trained, business-ready labor force to support Carvana’s continued development.”

Attempts to reach Holland for further comment were not successful Tuesday afternoon.

Described as a vehicle processing facility where inventory is inspected, reconditioned and photographed for online sales, the development is planned to include multiple surface parking areas able to hold 9,000 vehicles and is expected to create more than 400 jobs.

Carvana is working on the project with Chesterfield-based engineering firm Timmons Group. Charlotte-based WHN Architects designed the structure. A contractor has not been specified. 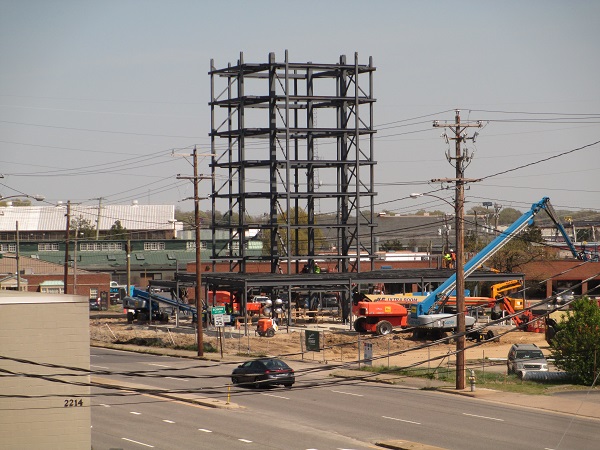 The car vending machine structure as viewed Tuesday from the I-195 expressway.

Tuesday’s announcement came as construction continues on Carvana’s car vending machine tower in Richmond. Steel framing for the multistory, window-paneled structure is now vertical and visible along Interstate 195, where the $4 million tower and adjoining customer center is being built at 2201 Westwood Ave., across the expressway from TopGolf.

An opening date for the tower — Carvana’s first in Virginia, and its first physical storefront in the Richmond market — has not been announced.