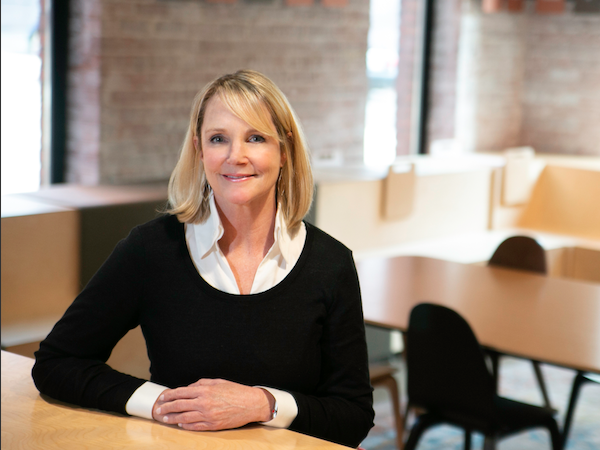 Paige Wilson is the founder and CEO of Richmond-based startup Naborforce. (Courtesy of Naborforce)

With two Virginia markets under its belt, a local startup has expanded yet again — this time out of state.

Naborforce, a Lyft-like service that facilitates companionship and other errands for elderly people by matching them with contractors (which the company calls “nabors”), last month began service in Raleigh, North Carolina.

Founder and CEO Paige Wilson launched the company in Richmond in 2018, and expanded to Charlottesville in October 2019.

The Raleigh area has its own in-market coordinator, who manages the regional workload and helps vet the company’s contractors there. It’s a model borrowed from ride-share company Lyft, and one that’s expected to be replicated as Naborforce continues to enter additional markets.

“Our model is much like Lyft. In each of our expansion markets we have a ‘naborhood’ lead who is a market manager,” Wilson said. “They are the face of Naborforce and the culture carrier, because we have a strong culture of community and trust.”

The company plans to enter three more markets this year, and has its eye on expansion in both Virginia and out-of-state.

Introducing new audiences to the concept can be tricky, since it involves matching up a potentially vulnerable senior with a stranger. Traditionally, the company has placed less emphasis on paid marketing and grew its client base on word-of-mouth. But more recently the company has shifted toward a greater emphasis on paid marketing. The Raleigh market has a part-time sales person.

“That isn’t the answer to fast scale,” Wilson said of word-of-mouth marketing. “We’re using capital to go to marketing strategies like all kinds of versions of social media, social mirroring, Amazon.”

Naborforce has five employees, three in Richmond and two in Raleigh. The company plans to add three more workers to its Richmond office. The company has between 250 to 300 contractors who assist more than 400 clients. The company has logged more than 14,000 hours worth of visits (lasting an average of two hours) to date.

The coronavirus pandemic threw the company a curve ball, as its highly in-person service became challenging to operate safely. The company stopped visits in the first couple months of the pandemic and later introduced no-contact chores and virtual visits. By late May, demand for regular offerings picked up.

March has seen double the session signups compared to February, something Wilson attributed to the rollout of the vaccines. The introduction of the vaccines against COVID-19 motivated Naborforce to finally execute on the Raleigh expansion, which was a pre-pandemic plan.

Wilson, who formerly worked in investment banking, founded Naborforce after her experience as a caregiver for her mother. Clients arrange for visits on the company’s website. The company’s contractors tend to be college-educated empty-nesters and retirees.

In other startup news, an Atlanta-based company that offers an Airbnb-like service aimed at connecting landlords with people who need income-based housing has come to Central Virginia. Tech startup EDai recently launched with a software platform intended to ease the process of site selection for economic development projects.

Great concept my friend loves working with Nabor force! She has great stories from all the elder care!