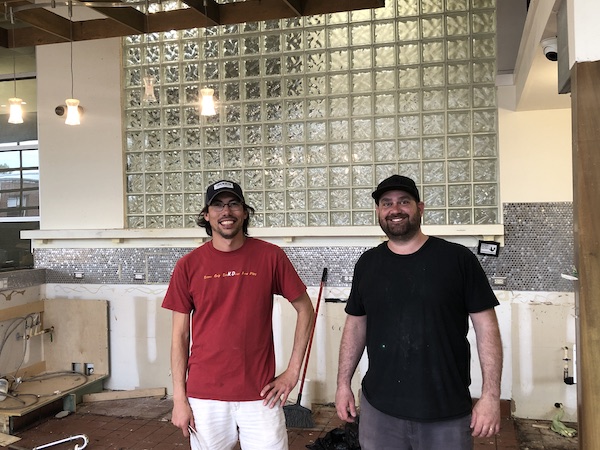 One of the more prominent restaurant spaces in Scott’s Addition left vacant due to the pandemic has been snapped up by a pair of local industry veterans.

John Reynolds and Steve DeRaffele are preparing to open Pinky’s, a full-service Mediterranean restaurant in the former Urban Farmhouse space at 3031 Norfolk St.

Pinky’s menu will take influences from the entire Mediterranean region, while the restaurant’s name is a nod to DeRaffele’s late mother whose nickname was Pinky.

“I learned how to cook from her and want to make the kind of stuff I learned to make at home,” DeRaffele said. “Now I can bring people into our space and cook for them like I would if they were at my house.”

The duo said the menu is still being finalized, but diners can expect dishes like chicken scallopini, shrimp saganaki and ribeye steaks, along with lunch salads and sandwiches.

The two friends and business partners met while working at nearby Lunch and Supper in recent years, particularly in the restaurant’s catering division. Prior to that Reynolds had co-founded Charlottesville’s The Whiskey Jar, while DeRaffele worked for his family’s restaurant construction business and worked his way up from dishwasher to general manager at Tarrant’s Cafe downtown.

When the pandemic wiped out the catering calendar last year, both Reynolds and DeRaffele decided to leave Lunch and Supper.

“I could’ve found a different role there, but it was time to move on,” Reynolds said.

The pair stayed in touch, knowing that they had good chemistry.

“We had pulled off some crazy events and made it happen. We never really butted heads in those stressful situations,” DeRaffele said. “We just rallied together and figured we’d be a good partnership to open a restaurant.”

“Our skill sets complement each other a lot,” Reynolds added.

With the pandemic enduring last summer, Reynolds said they were hesitant to commit to a concept when there was so much uncertainty about the restaurant industry’s future. But the closures of some restaurants created an opportunity for new concepts to slide in.

“Unfortunately, a lot of operators weren’t going to be able to make it through and we knew there would be an opportunity for us to find an opening, and that there’s going to be pent-up demand,” Reynolds said. “We put ourselves in a place where we were poised to take advantage of it.” 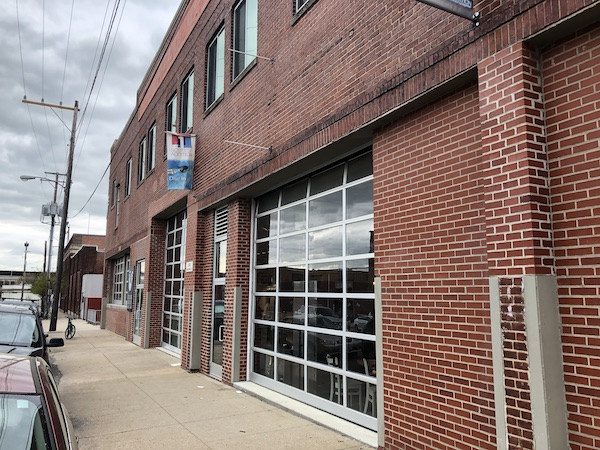 Urban Farmhouse’s Scott’s Addition location shut down in September, which was right around when DeRaffele and Reynolds began looking for space for Pinky’s. In January they leased the space, which includes a 3,700-square-foot dining area and roughly 500-square-foot patio. Thalhimer’s Amy Broderick had the listing.

“We can spread everybody out, we’ve got the patio and can open up the big garage doors. We got lucky with it,” he said. “It has so much potential. This place is as good as it gets in terms of being able to plug our stuff in and change some cosmetic things.”

Some of those cosmetic changes include adding a bar, expanding the kitchen and sprucing up the patio with a few pergolas and plenty of plants. Reynolds and DeRaffele are handling the buildout themselves, and are also self-funding the project.

“A lot of the menu will be naturally gluten-free and with a good amount of vegetarian options because the (Mediterranean) cuisine leans that way anyway. It’s just kind of a lighter, healthier option,” DeRaffele said.

“There’s not much of that in this neighborhood,” Reynolds added. “You’ve got a lot of savory, heavier food, and you don’t want to eat that everyday.”

Pinky’s is aiming to open July 1. The duo said they’re eager to bring the restaurant to a neighborhood they’ve gotten to know well over the years.

“My entire time living and working in Richmond has basically been in Scott’s Addition. I’m excited to be in this neighborhood and be a part of it,” Reynolds said.

Added DeRaffele, “The pandemic, instead of deterring us from the (restaurant) industry, it helped show us how passionate we are about it. When I got in the restaurant it helped me realize how badly I wanted to be involved in this.”

Looking forward to this!

The space is fantastic and I look forward to being a customer. I wanted Urban Farmhouse to be successful, but was always frustrated with the quality of the food and poor service. At some point I just wrote it off and haven’t been back in 3 – 4 years. I’m happy to hear that a pair who are passionate about food are occupying such a wonderful location.

agree across the board

Covid didn’t kill Urban farmhouse. The space is great, but the food and the service wasn’t. And the prices were high.

I look forward to this place, but the prices seem pretty high… They might have forgotten what made Lunch and Supper so successful, which is value

The Urban Farmhouse does one thing well-they provide a disappointing experience every time. Can’t believe any are still in business.

I am really curious to see what Shrimp Saganaki is like!

My husband and I are so excited for Pinky’s! We have worked with John and Stevie in the past and they are just all around down to earth stellar business men!

I’ve had the chance to work with Steve & John a bit in the past and am so excited to see them doing their own thing and bringing a place like this to life! Congratulations, y’all!