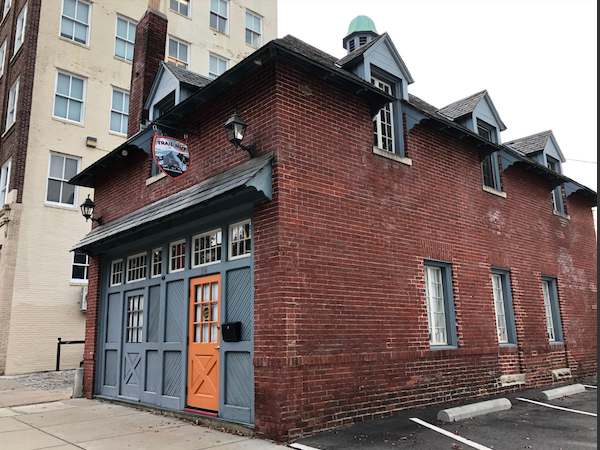 A new outdoor gear shop has pitched its tent in the city.

Trail Hut, which buys and sells used backpacks, hiking boots, clothing, tents, cookware and other gear for outdoor activities like hiking and rock climbing, opened earlier this year at 114 N. Second St. in downtown Richmond. In addition to consignment, the store also buys and sells used gear and does repairs.

It was a pre-COVID idea, but store owner Evan Garrison is betting he can capitalize on recent increased interest in the great outdoors brought on by the pandemic as people seek recreational options with built-in social distancing.

“It’s the perfect time for me personally and for Richmond as well in terms of more people are getting outside,” he said. “Richmond is big enough and outdoorsy enough to make it work.”

While Trail Hut has plenty of competition with the likes of Craigslist, eBay, Facebook and others, Garrison hopes to carve out a space for himself by offering enough product to give customers a chance to try different sizes and options, and also by creating a sense of community among his consignors and customers.

“There are plenty of opportunities to sell on Facebook marketplace. But usually when people buy a backpack, people want to try a couple and put some weight into it and that’s a little awkward to do on someone’s front porch,” he said.

The store also features a small library of hiking and mountaineering books accessible to people who consign items at the shop. 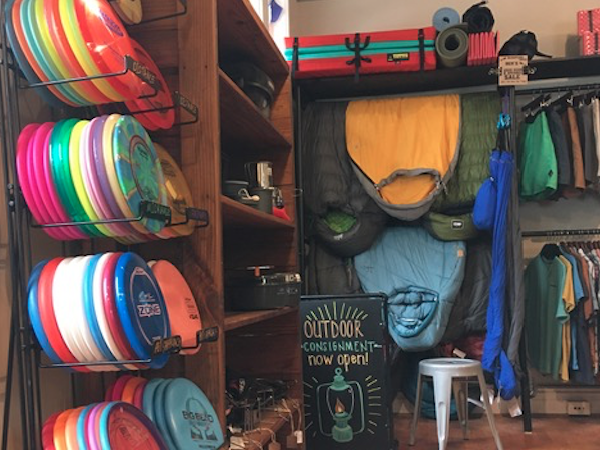 Most of Trail Hut’s outdoor gear is either used or sold on consignment. The store features tents, clothing, hiking shoes and other items. (Courtesy of Trail Hut)

Garrison said that while the brick-and-mortar experience is the store’s focus, it also does online sales and about 90 percent of its inventory is listed on the store’s website. The store is about 1,000 square feet in an old carriage house.

“To be a small shop, to stack the deck in our favor you have to be on the internet and embrace the internet as much as you can. The real hope and goal is that the shop brings back a small retail experience,” Garrison said.

Garrison started to think about a concept like Trail Hut in 2009. Just out of graduate school and with slim job prospects amid the Great Recession, he decided to hike the Appalachian Trail.

“I was looking at what I could do and landed on thru-hiking the Appalachian Trail. Preparing for that was somewhat of a challenge in Richmond to find used, affordable gear. I was able to purchase some stuff from eBay but I needed to be more frugal as someone with student loans and no job,” he said. “I thought about it a lot on the trail. It’s all you have to do, just think about random stuff. In some ways I hoped someone else would do it so I could go there.”

The idea bounced around in his head for more than a decade. After he hiked the Appalachian Trail, he got a job at the Short Pump REI outdoor and fitness store in 2011. He was putting together the pieces for Trail Hut just prior to when the coronavirus pandemic’s economic effects started to be felt in the U.S. last spring.

Garrison said he was inspired to focus on consignment and used goods to encourage reuse for environmental reasons, though the store does carry some new items.

Since the store’s soft opening in early January, it has built its inventory over recent weeks with an inflow of consigned and used items in anticipation of its grand opening in late April. Garrison doesn’t have any formal employees, and he also works part-time as Hourigan’s director of development.

This is great! I can’t wait to spend my money there.

Wonderful idea. Should make a partnership with the scouts.

Who are the scouts?

Sounds great. I wonder if anyone in Richmond wants my unsurprisingly barely used cross country skis?

I’ve been tossing this idea around for awhile too…I’m glad he beat me to it so I can go there haha. Several of my items have already sold, so there must be a good amount of traffic in and out.

Fantastic news! This is an excellent addition to our increasingly outdoorsy population. Great timing as the weather turns nice too. Nice work Evan.