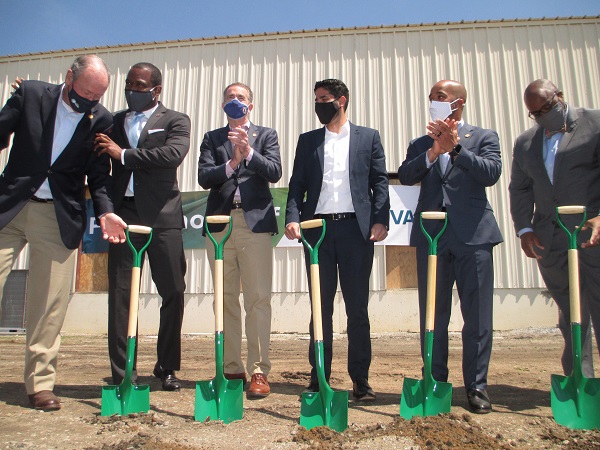 A homegrown health tech firm’s move across the river is coming with a $10 million investment expected to create hundreds of jobs over the next three years.

City and state officials gathered Tuesday for a ceremonial groundbreaking of the future home of Grenova, a biotech firm that’s moving from Southside’s Clopton Siteworks to the former Sampson Coatings facility at 1900 Ellen Road, about a block off Arthur Ashe Boulevard across from The Diamond.

Led by CEO Ali Safavi, who founded the firm in 2014, Grenova plans to invest $10.6 million in the facility, which is being repurposed into a 33,000-square-foot space that will triple the company’s current footprint. 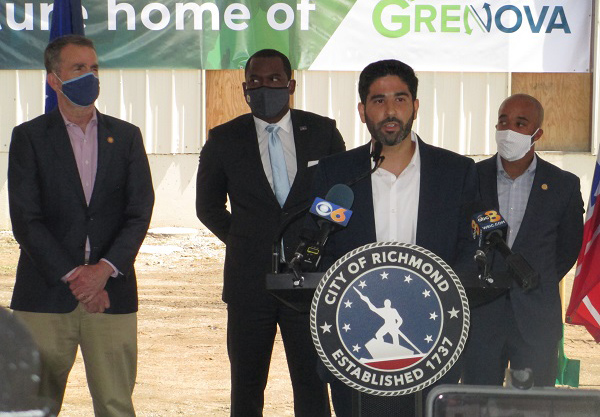 “It hasn’t been easy, but I’m proud to say that as of today over 700 million pipette tips have been washed and reused safely,” he said, adding that the process has prevented over 2 million pounds of plastic from ending up in a landfill and reduced industry costs to purchase the items by over $58 million.

Richmond Mayor Levar Stoney, who was among dignitaries who spoke at the ceremony, noted that Grenova’s products are used by organizations such as the National Institutes of Health, the National Cancer Institute, and the Centers for Disease Control and Prevention, with demand increasing over the course of the pandemic.

“What he might not have known seven years ago is how the realization of his dream would help to combat the spread of the COVID-19 virus we’ve been dealing with over the last year,” Stoney said of Safavi.

“I want to thank you, Ali, for dreaming big and pursuing your big dreams right here” in Richmond, Stoney said. “Grenova is a prime example of the thriving entrepreneurial spirit we have in this great city.” 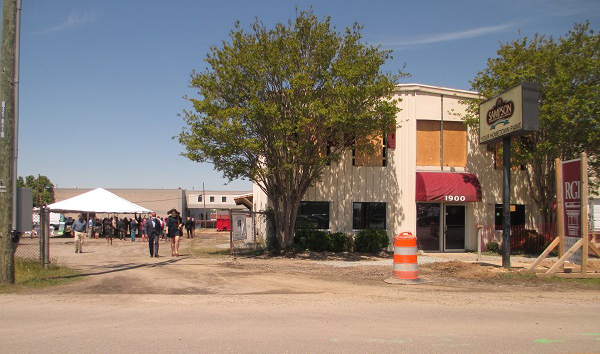 The company’s headquarters are being outfitted in the former Sampson Coatings paint distribution center on Ellen Road.

Stoney said the project adds to other investments in the area, including a long-planned redevelopment of The Diamond and surrounding city-owned land. Stoney said a formal request for proposals for that 60-acre site would be issued by the city by the end of this year.

Spy Rock’s Andrew Basham, who was on hand for the ceremony, said the project is on track for completion in June.

The former Sampson Coatings building near The Diamond. (BizSense file)

Other speakers included Del. Jeff Bourne, who recalled that Safavi initially took his idea for Grenova to investors in North Carolina, all of whom passed on his proposal.

“He brought it to one person in the city of Richmond and they immediately said, ‘Yes, on one condition: that you bring your business to the city,’” Bourne said. “We are so thankful for that cheerleader that we need and have in this city, but we are eternally grateful for Ali bringing Grenova to the city of Richmond.”

North Carolina passed; I might too when I saw the name Health Diagnostic Laboratory. I always love the grand press announcements. Mari Signum in Chesterfield is a prime example. BIG news, good for environment, lots of jobs, reuse of old DuPont plant. Local firm with big plans; it moved to its new plant in 2018…..the venture capital firms bought and sold it. Combined it with another firm and today, before a single product was produced at the new place; the factory is closed, assets being sold by Motleys, and all the jobs moved to Alabama.  Wish them well but maybe… Read more »