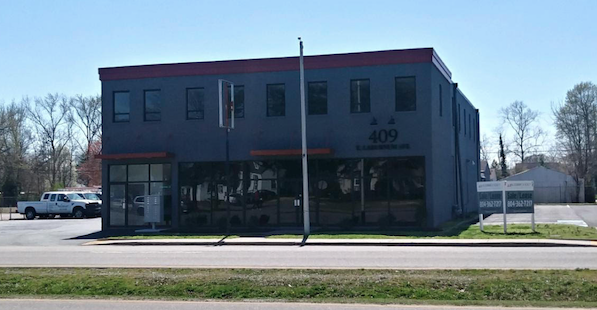 Less than a year after it opened in Jackson Ward, a local social services provider has extended its reach with a second location.

St. Luke Legacy Center opened a new office at 409 E. Laburnum Ave. in early April, bringing its range of childcare, mental health support and other services closer to potential clients in eastern Henrico County. The center is located just over the city limit near the Richmond Raceway.

In addition to the same services clients can find at the agency’s Jackson Ward center, St. Luke plans to introduce two new operations on Laburnum Avenue; a commercial kitchen to support feeding initiatives as well as an athletics space, CEO Korinn Carter said.

St. Luke expects to provide programming to at least 50 children daily in its Laburnum Avenue space. The agency leases 4,000 square feet there, and construction is underway to add another 1,000 square feet to accommodate the athletics space and kitchen. The center plans to have at least 10 staff members.

St. Luke expects the kitchen to be built by the end of the year. Carter said she’s invested up to $100,000 on the center, and plans to spend an additional $100,000 on construction and equipment for the new kitchen and athletics facilities.

New Legacy’s rates are determined by insurance carriers. The daycare program is $200 to $250 per week based on parents’ income, and St. Luke also offers a $100-a-week after-school program.

“I was like ‘there’s no way I could do two,’ but it was just on the forefront of my mind,” she said.  “Being in a different position, being that (the landlord) was looking for someone, we were able to negotiate terms that were good for me and for him.”

St. Luke’s Jackson Ward location opened last summer in the building that once held a bank founded by Maggie Walker.

Carter runs St. Luke and most of the programming offered by the centers under the auspices of Korinn Y. Carter Enterprises Inc. Carter is currently pursuing nonprofit status for her organization.