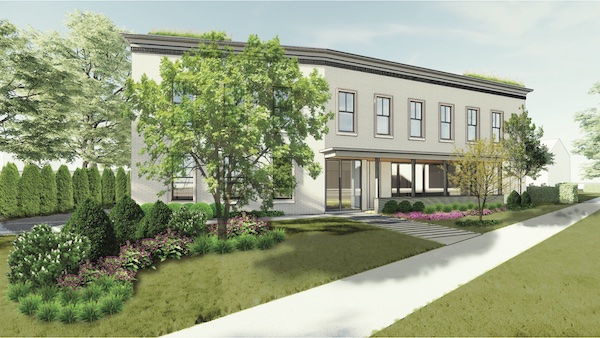 But now he’s dipping his toe in real estate development with an office project in the Libbie-Grove area.

Saunders is planning to build an 11,000-square-foot office building at 5605 Grove Ave.

The former home of Kim Faison Antiques sits on the site and would be razed to make way for the new three-story building. 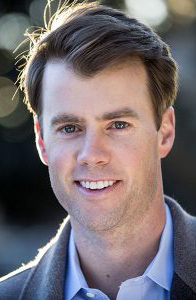 “While (Paul and I) don’t work together, we talk a lot and I think are good sounding boards for one another. And we’ve always said, ‘How great would it be to be in the same office at some point?’” Saunders said.

“I put the idea in his head to do something in Westhampton. The problem is it’s hard to find space in the neighborhood. It’s super capacity constrained, and frankly, everything that comes to market is too expensive.”

Saunders and Faison struck an off-market deal in late December for the 2,700-square-foot building, which stands near the intersection of Grove and Granite avenues, and he purchased it for $1.26 million.

Faison began operating her antiques shop there in 1987 and has since moved the shop a few blocks north to 2111 Lake Ave., near Libbie Mill.

The nearly 50-year-old building was originally a house and Saunders said with its water leakage issues, the building’s not in any condition to rehab.

“I’m not an expert but I don’t think it’s in condition where you could even reuse it, certainly not for our use,” he said. “The idea of trying to keep that space and tear down walls and make it work was too heavy a lift, both cost-wise and it doesn’t make sense.”

In January, Saunders applied for a special-use permit to allow for office use on the residentially-zoned property.

Fultz & Singh Architects is designing the office building, which would reach three stories. Saunders said it would be set back from the street and its third floor would have an open roof deck facing Grove.

“COVID has changed the way that everybody works and I love the idea of having outdoor space on the roof,” Saunders said. 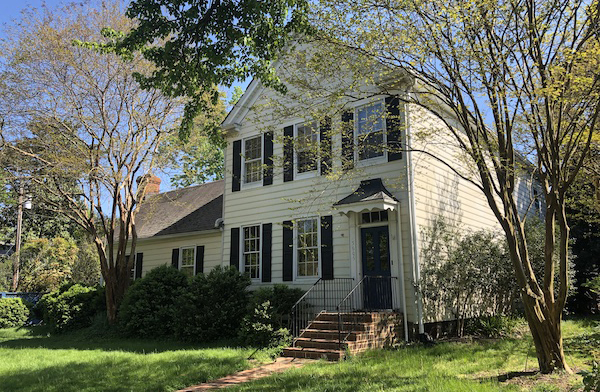 The former home of Kim Faison Antiques may be razed to make way for a new office building. (Mike Platania photo)

They’re hoping the rezoning request goes before the city’s Planning Commission sometime in the next few weeks before heading to the City Council in the coming months. The project’s cost hasn’t been determined, and Saunders said they don’t have a lender or general contractor lined up.

The project has received some pushback from locals in the Westhampton neighborhood, but Saunders said they’re continuing conversations with the neighborhood association, and that he believes the project fits in with the city’s recently-adopted Richmond 300 master plan.

“I think it’s important to think critically about new developments. Unlike anybody else that’d take on a project like this, we’re not doing it to maximize a rental income,” Saunders said.

“I live in (Westhampton). I love it and want to work in it. We think we are adding value to the neighborhood by taking down a building that’s past its prime.”

Once this project is completed, Saunders said that he’s not keen on continuing to delve into development.

“This will be one-and-done for me. I’ve learned a lot, but there are far more capable people to do this kind of stuff than me,” Saunders said, laughing. “There’s a real process to it.”

“water leakage” requires complete demolition? Yea, ok, rrrrriiiiight…. He clearly wants to quadruple the size of this building and flip for a few million in profit, which is understandable. Saunders may live in the neighborhood, but would not in million years allow a commercial space of this kind to back up to his home.

How many ways can you spell bulls**t?

I hope the zoning committee rejects this plan. Our neighborhood supports smart retail and residential projects that add value to our residents. I don’t understand how replacing this charming 2,700 square foot house with this 11,000 square foot office building enhances our neighborhood in any way.

The existing house looks just fine. Yes, it may need to be updated but it’s perfectly viable- it happens all day long, every day in around the country. The plan should be rejected.

I can see how replacing this house with office in that location would be an improvement. The house looks somewhat more bedraggled than charming

Yeah it fits with Richmond 300 Master Plan that was designed to enrich developers at the expense of residents. I agree with others and I hope the Senaca end all over Westhampton push back hard.

PA funny how those promised plan changes seem to taking a LONG time!

Saunders and Faison struck an off-market deal in late December for the 2,700-square-foot building,

How does that work? I suppose that the rules for commercial and residential real estate are different? Seriosuly asking.

Also, the hedgies are totally going to get what the want here, I wouldn’t waste a lot of time fighting them.

Are you saying a residential property can’t be sold off-market? I wasn’t aware of any rule that prevented that.

you just approach an owner of a property either solo or through an agent with an offer to buy.

This will be the most adversity that Brock and Paul have ever faced, against the Westhampton Civics Assoc

My family and I live in the neighborhood and sincerely hope the city rejects the special use permit needed for this development. This project does not benefit the residents of the neighborhood. This 11,000 square foot building is simply too massive for this area and there is inadequate parking spaces planned to accommodate the traffic that a building this large would need. The potential traffic that will be brought to streets where our children play is very concerning. We do not support this development.

it looks like the only street access is on Grove? Children should not be playing on Grove! That street gets far too much traffic.

So many Civics that they apparently have their own association! Sorry Bernard Shakey! It’s been a looooong week!

Elephant in the room:

The (HUD) RVA300 “stack and pack” utopia isn’t especially good news. Additional plans in RVA300 will only add more stress to a sewer system that is known to be already over-stressed. The city doesn’t have the $400,000,000 necessary make repairs.

“One of Richmond’s challenges is that the city’s sewers date back to the
Civil War. The outdated system carries storm water and sewage in the same pipes to the treatment plant.”