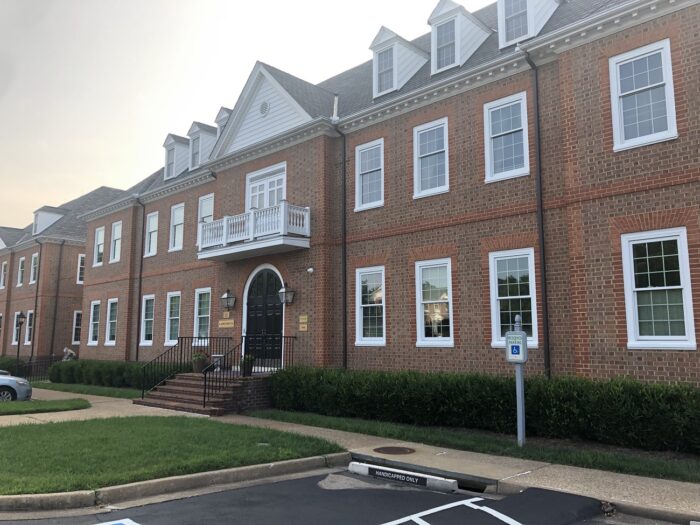 Carpenter Co., a Henrico-based industrial foam maker with annual sales of more than $1 billion, has its headquarters at 5016 Monument Ave. (BizSense file)

Avoiding a jury trial that had been set for later this year, a dispute between one of Richmond’s largest privately-held companies and its former president and COO has been resolved.

Henrico County Circuit Court records show the two sides “compromised” and resolved the case with prejudice. No other terms or details were included in the March 31 dismissal filing.

The resolution prevents a trial in the case, which had been scheduled to begin Oct. 25.

And it brings to an end a dispute that began in September 2018, when Lowery filed his original lawsuit against Carpenter and its longtime chairman and CEO, the late Stanley Pauley.

Lowery claimed he was wrongfully fired in March 2018 after 17 years with Carpenter for speaking out against Pauley’s alleged efforts to collude with others in the foam and related chemicals industry to fix prices.

The initial case had been set for trial in April 2020, but was derailed in part by the arrival of the pandemic a month earlier. The case was then refiled last year, before Pauley died at age 93 in November.

Pauley was then removed as a defendant and replaced by his family trust, The Pauley Trust Co.

Lowery was represented in the case by Harris Butler of Butler Curwood, which changed its name Jan. 1 from Butler Royals after namesake Rebecca Royals left to start her own practice and Butler merged the remaining firm with The Curwood Law Firm and Craig Curwood.

Carpenter and the Pauley Trust were represented by Dana Rust of McGuireWoods.

Lawyers for both sides could not be reached for comment.

Carpenter Co., according to the lawsuit, is the world’s largest producer of comfort cushioning products and the fifth-largest private company in Virginia, citing a ranking from Virginia Business magazine. It had 5,000 employees in dozens of locations with annual sales of more than $1 billion at the time the lawsuit was filed.

The company, based at 5016 Monument Ave., has a history of run-ins with authorities over allegations of price fixing, the suit claimed. The industry, which makes foam used in furniture, bedding, carpeting and other products, is dominated by a few large competitors, of which Carpenter is one.

In addition to making and selling the foam, Carpenter produces the chemicals needed for the foam and sells it to competitors.

Pauley had been with Carpenter Co. for more than 60 years and also was well known for his philanthropy in Richmond.

Lowery, a VCU grad, who previously worked for Reynolds Metals, worked his way up at Carpenter, holding a position in its credit department, then as CFO, before moving up to president and COO.

Lowery claimed he was wrongfully fired in March 2018 after 17 years with Carpenter for speaking out against Pauley’s alleged efforts to collude with others in the foam and related chemicals industry to fix prices.

Were Lowery’s allegations proven, or investigated? What were the specific circumstances?