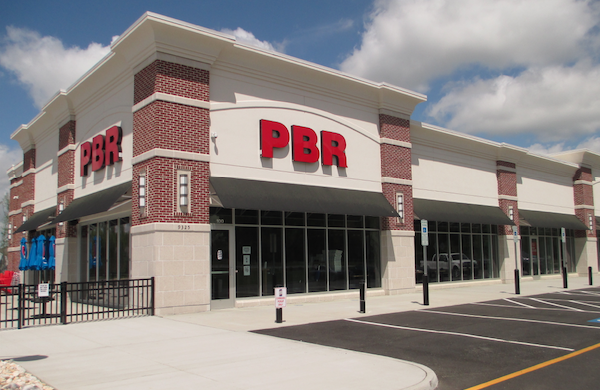 The restaurant group recently opened Pizza & Beer of Richmond (PBR) in The Shoppes at Rutland Place at 9325 Chamberlayne Road near the I-295 and Route 301 interchange in Atlee Station.

The new outpost is virtually identical in menu and concept to the original PBR located in the Fan, focusing on its namesake pizza and beer.

“We wanted something that was family-friendly but unique in the dining scene that’s up there,” said EAT spokesman Chris Staples. “There really wasn’t what we would consider the PBR experience (in Hanover).”

Specialty pizzas run $12 to $16, and the menu also features wings, sandwiches and cocktails among other items.

With public health restrictions in place, PBR Hanover can seat about 60 customers between its indoor dining area and patio. Once restrictions are lifted, Staples said he expected 100 customers could be seated at the 4,680-square-foot restaurant.

The new eatery, which opened in late March, was a pre-pandemic idea that was further delayed by challenges the restaurant group faced in hiring staff, Staples said, adding that the industry-wide challenge has been an issue across the group’s 13 concepts. Other EAT restaurants include Beijing on Grove, Wong’s Tacos, Fat Dragon, Fatty Smokes and HotChick.

Staples said a further challenge is the perception among some would-be employees who live in Richmond that the restaurant is too far from home.

“We would have opened sooner but the inability to curate associates in the back of the house and front of the house is extremely challenging, especially in that county,” Staples said.

He continued: “It’s not news that looking for people looking for jobs is hard. It’s the worst hiring drought in my experience. We had to spend a lot of time convincing people to come and interview.”

Staples chalked up the difficulty to potential employees’ health concerns due to the coronavirus pandemic, as well as unemployment benefits, which can be more fruitful than employment in the hospitality industry.

The restaurant has 25 employees, but Staples said there’s a desire to get five more people onto the team to have it fully operational.

The Hanover PBR currently serves only dinner five nights a week. Staples said he hopes that in two to three weeks’ time the restaurant will be open for lunch and dinner seven days a week.

“It seems like only five is no big deal, but the last five have been the most challenging,” he said.

PBR will also soon be joined in Rutland Place by another new restaurant. Charred, a concept from the owners of Social 52 in the Fan, is expected to open in the shopping center by September.

Passing by there a couple weeks ago on a weeknight, the the place looked busy. The weather was delightful, their large patio doors were open, the patio was full. I’m looking forward to trying it!