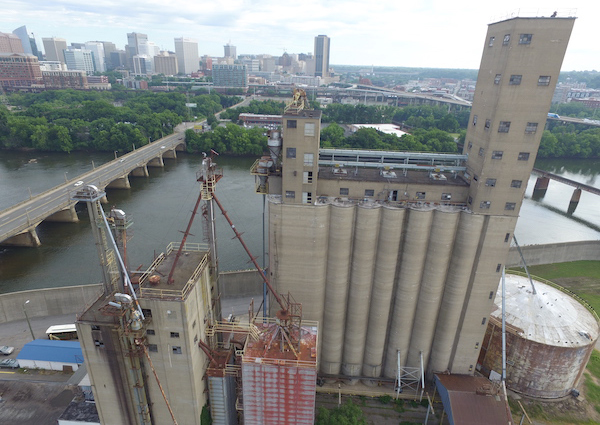 The old Southern States silos would be razed to make way for a proposed mixed-use development up to 20 stories tall if the City Council approves rezoning. (BizSense file)

Other business on the agenda includes a special-use permit request for Trapezium Brewing Co.’s planned offshoot location in the former Richmond Association of Masonic Lodges building at 520 N. 25th St.

Zach Kennedy is requesting a special-use permit for a mixed-use building with 12 apartments at 1005 Westover Hills Blvd. A TOD-1 rezoning requested for a half-acre plot at 1801 E. Main St. that changed ownership in November is to be continued to June 14.

The council also intends to declare surplus and direct the sale of 15 parcels of city-owned real estate to the Maggie Walker Community Land Trust, which manages the Richmond Land Bank. The parcels would be sold for $1 each and are separate from 36 parcels earmarked for the nonprofit in the city’s recently approved real estate disposition plan. 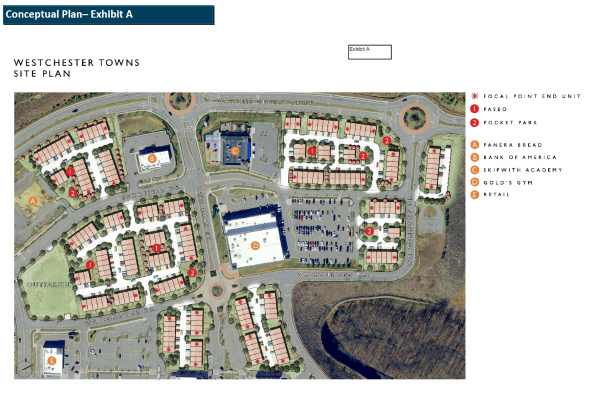 The townhomes would be built on 13.5 acres near the Target-anchored shopping center’s Gold’s Gym and Bank of America locations. The 210-unit development would be called Westchester Towns.

The proposal, filed by Westchester Towns Development Company LLC, is an amendment to a previous zoning and conditional-use planned development case. Next stop for the proposal is the Board of Supervisors, which will weigh final approval.

The commissioners also voted to recommend zoning amendments to The Lake mixed-use development to pave the way for additional residential units and a surf pool. The 105-acre property is located near Clover Hill High School. The amendments will need final approval by supervisors at a future meeting. 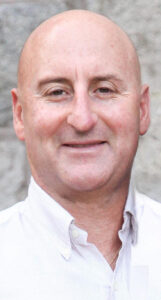 Turille is currently a deputy county administrator with Essex County, Virginia, where he has worked since October 2018.

Turille replaces Aretha Ferrell-Benavides, who resigned in February to take a job as city manager of Duncanville, Texas.

Business includes a board determination for Virginia Housing financing of the proposed redevelopment of Laurel Park Shopping Center, which is planned for 350 apartments and 12,000 square feet of retail space. The financing would require at least 20 percent of the apartments to be designated for households earning 80 percent or less of the county’s median income.

‘WVS Cos. seeks a rezoning for a site it owns at 4401 E. Main St., where it’s planning a six-story mixed-use building with 203 apartments.’

Note that this rezoning is intended to facilitate a new development at Rockett’s Block 6 – the link tagged here refers to Rockett’s Block 8 just west of the site considered for the rezoning. That project is already under construction and the action being voted on tonight would actually lay the work for a new project just north of that one.