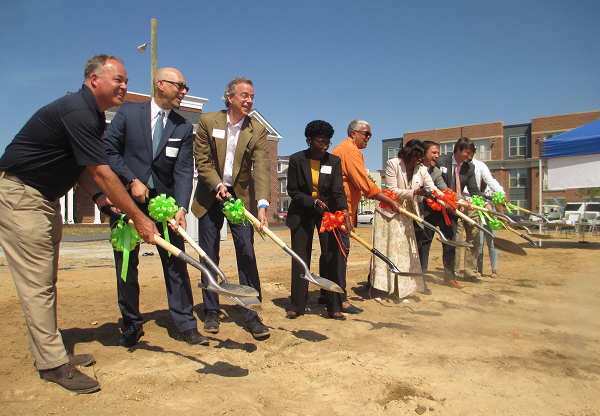 With a batch of for-sale homes adding to the mix, the transformation of the former Armstrong High School site into a mixed-income housing community is entering the homestretch.

A ceremony on Friday marked the start of construction of a 36-home section at Armstrong Renaissance, the massive redevelopment of the 22-acre site along North 31st Street in Richmond’s East End.

Called North Hills at Armstrong Renaissance, the section of for-sale attached and detached homes represents the final phase of the 256-unit development, along with a 45-unit apartment building also under construction on the site just south of Nine Mile Road.

The new buildings will add to hundreds of homes already built at the development, which is planned to total 130 income-based rental units, 90 apartments for seniors, and the 36 for-sale homes for both lower-income and market-rate buyers. 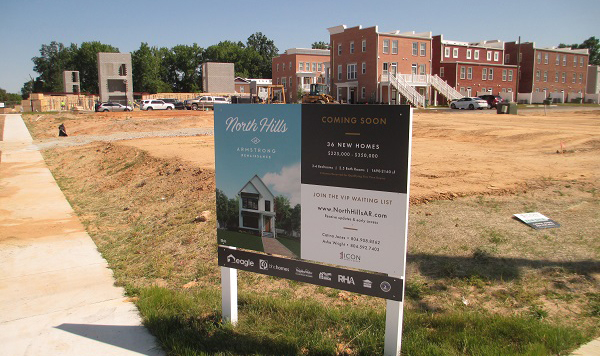 The section of 36 homes will be built near a final apartment building under construction, visible in the distance.

The Virginia Department of Housing and Community Development supplied funding for the section, which has a total project cost of $9.6 million. The Richmond Redevelopment and Housing Authority and the City of Richmond helped acquire the lots.

The RRHA is co-developing Armstrong Renaissance with The Community Builders, a Boston-based nonprofit . 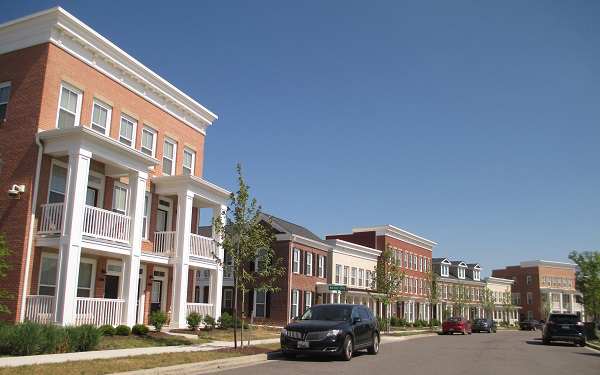 The mixed-income community consists of a mix of housing styles.

Once completed, the new homes and neighboring apartments will finish out Armstrong Renaissance, which is part of a larger revitalization of the nearby Creighton Court and surrounding area.

Overall, $100 million in improvements are planned for the former school site and 30-acre public housing complex, where a one-for-one replacement of 504 units is underway with plans for 1,000 new homes for lower-income residents.

Several Creighton Court residents have moved to Armstrong Renaissance, while others will have options to stay in newer units in Creighton Court or move to another housing complex using project- or tenant-based vouchers. The RRHA has said residents will not be forcibly displaced and units will be made available before current occupancies end. 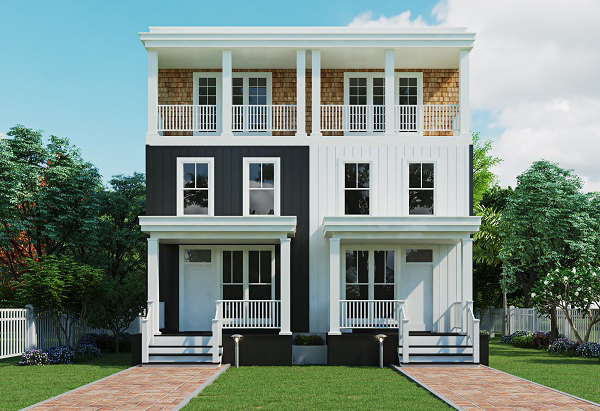 A rendering of one of the North Hills at Armstrong Renaissance attached homes. (Courtesy of the Better Housing Coalition)

At Friday’s ceremony, Cynthia Newbille — who falls into several of those categories as an East End native, Armstrong grad and now president of the Richmond City Council — described the new homes as continuing the legacy of her alma mater, which was built in 1952.

“This site, for me, was my educational home,” Newbille told a gathering of stakeholders and supporters. “I proudly attended and graduated from this educational home, which encouraged and supported all of its youth in our movement to economic self-sufficiency and success.

“Now, almost 70 years later, this same site again is providing a home, except this time, a physical home that certainly honors the history of this site and provides an incredible resource in terms of greatly needed housing opportunities.”

I recall participating in a tour of the first phase about 18 months ago hosted by the civil engineer, Timmons, and thinking “who’d ever believed this would be built here?” The development (to avoid the word “project”) is beautiful. Kudos to the Better Housing Coalition and Community Builders. I’m looking forward to seeing their their new development on US Route 1 south of US Route 10 in south Chesterfield where they will do a mixed income community.

Ditto. I hope that this will can add some credibility to other redevelopment efforts that are kicking-off… and that it will set a standard for those as well. Better Housing Coalition always does an amazing job. And it sounds like the rest of the team is top-notch as well.