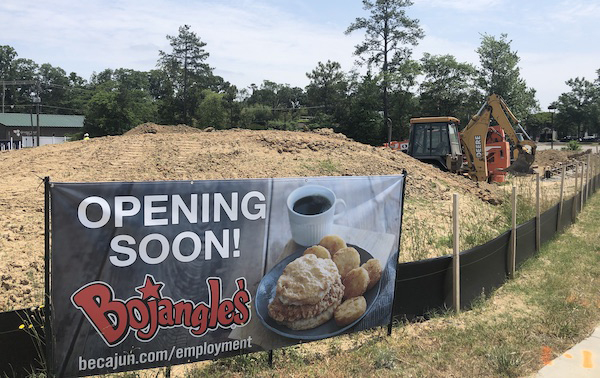 After years in incubation, two long-planned Bojangles locations in Henrico County are getting closer to their hatching dates.

The Charlotte-based fried chicken chain is preparing to begin construction on a new store at 5207 Brook Road near its intersection with Azalea Avenue, while site work is underway for another new spot at 5441 S. Laburnum Ave.

Bojangles’ local franchise group, Tands Inc., is developing the two new restaurants, which have been a long time coming.

Tands initially filed plans for the Brook Road and Laburnum Avenue locations in 2016 and 2017, respectively, and purchased the sites a year later. The Brook Road site is just north of the city line beyond the Bellevue neighborhood and east of Lakeside. The Laburnum property is just south of White Oak Village in the eastern end of Henrico.

Despite having the land secured and the proper entitlements from Henrico, the franchise group kept the land dormant.

“We had turned our focus to our North Carolina territory,” said Brad Mercer, Tands director of real estate. “That’s been our focus the last couple years — building out more locations there.” 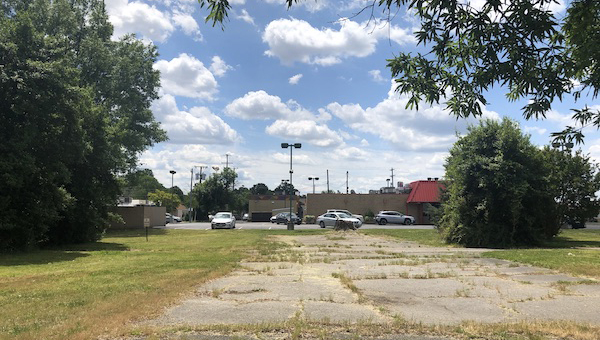 The fried chicken chain is planning to break ground on a vacant piece of land next to an Arby’s just north of Ginter Park.

Mercer said they’ve recently begun work on the South Laburnum eatery, and that they intend to break ground on the Brook Road location around the first of July. Opening dates for the restaurants are still up in the air.

The new locations will be between 3,400 and 3,600 square feet and each will be outfitted with drive-thrus. Mercer said Wimco Corp., a North Carolina-based general contractor, is building the Laburnum location and will likely build the Brook Road one as well.

He declined to disclose how much the franchise group spends to build each location or how the projects are financed.

Tands currently operates 12 Bojangles in the Richmond region. In addition to the two new spots that are underway, the chain also has a third in the hopper.

Since 2019, the group has been planning a location at 8050 W. Broad St. near the Fountain Square shopping center. It bought the 1-acre West Broad site for $1 million, but has kept it similarly inactive.

“Our plan is to build there, we just don’t have a timeframe right now,” Mercer said.