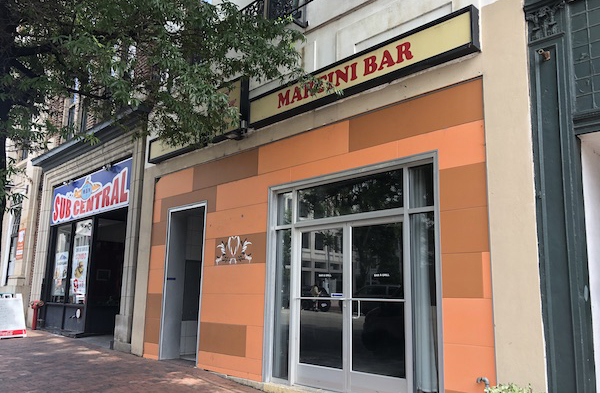 The downtown is about to get a new steakhouse from a first-time restaurateur. Main Street Steakhouse will open at 1112 E. Main St. (Mike Platania photos)

In lieu of lamenting the loss of his favorite downtown steakhouse, Ashley Barnes decided to open one of his own.

The storefront is a couple blocks up from the old Morton’s The Steakhouse in Shockoe Slip, which closed in the early days of the pandemic after 20 years in business at 111 Virginia St.

Barnes said he was once a regular at Morton’s and that its closure left a hole in the market.

“I felt like the city’s missing that steakhouse feel that I used to get (at Morton’s),” Barnes said. “I decided I wanted to fill that void downtown.”

A Richmond native, Barnes’ background is in commercial cleaning. He owns local firm Ashley & Taylor Cleaning. But he said he’s long dreamt of getting into the restaurant business. 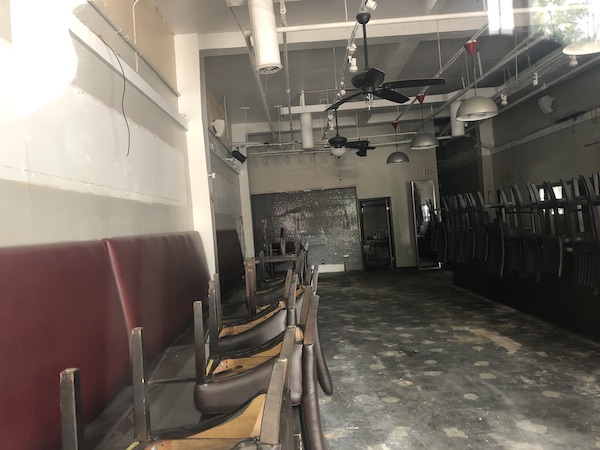 The space has been vacant since Slyderz Bar & Grill closed there last year.

“There’s going to be some interesting décor. It’s going to be a good time,” he said. “Hopefully people come out for dates, and it becomes one of those date night spots.”

Similar to Morton’s, Main Street Steakhouse’s menu will be a la carte, Barnes said, and will offer ribeye, filet mignon and porterhouse steaks.

“Then we’ll have shareable sides like lobster mac and cheese, sweet potato casserole, oversized baked potatoes and asparagus,” he said. “We’ll have a little bit of seafood as well like salmon, crab cake and lobster tails.”

Barnes is leasing the roughly 2,000-square-foot space, which will have room to seat about 40 or 50 people.

Slyderz Bar & Grill operated in the building from 2017 to 2019. Prior to that Alcove Martini Bar operated there. Barnes said the space is in good shape, needing only a paint job and some new furniture.

Main Street Steakhouse is aiming for an August or September opening. It’ll be catty-corner from Jo Jo’s Famous Pizza. The longtime pizzeria is currently working on opening a second location in Midlothian.