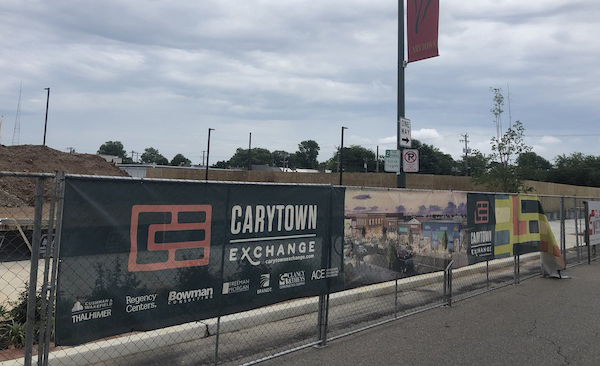 The restaurant has signed a lease for a Cary Street-facing part of the Carytown Exchange development. (Mike Platania photo)

For its first foray into Virginia as part of a nationwide expansion plan, an Austin, Texas-based taco shop chain has found a spot in Richmond.

Torchy’s was born out of Austin’s food truck scene in 2006 and now has over 80 locations nationwide. Last year it announced it received an unspecified amount of investor capital to fuel an effort to open in 10 new states by 2024.

A Torchy’s spokeswoman confirmed that they intend to open in Carytown in 2022, and that they’re planning to open a Charlottesville location later this year. The two locations are Torchy’s first in Virginia, and third in the Mid-Atlantic following a Raleigh outpost it opened earlier this spring. 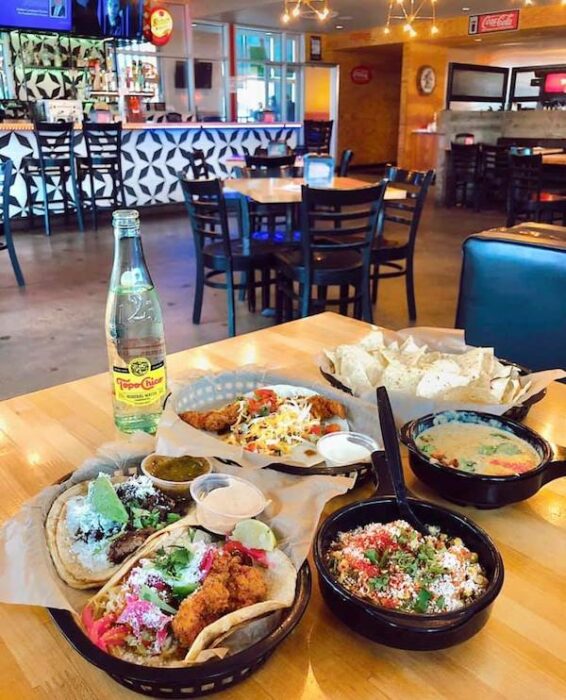 The Carytown location will be among the Austin, Texas-based chain’s first in Virginia.

Torchy’s is leasing 4,700 square feet near the intersection of West Cary Street and South Nansemond Street. Thalhimer’s David Crawford and James Ashby IV have the listing on the Carytown Exchange.

Torchy’s is the fifth tenant to sign on at the $40 million project. Sleep Number, Chase Bank, CityRow and the Virginia ABC all signed leases for space at the project following Publix’s opening late last year.

Torchy’s joins at least one other out-of-town taco shop to expand into the market. Earlier this spring Cabo Fish Taco, a Charlotte-based taco restaurant, also signed on for a Richmond-area location at The Summit at 3022 W. Broad St.

Hey, nothing against Torchy’s, but is there a way with zoning to keep franchises out of an area?

Wow, I can’t believe there are 28 franchise owners in the comments section.

might be another explanation, say 28 people who think this is bad public policy. I do, and I think carytown getting taken over by franchises would be a bad idea. But a mix is good, and that development is a good location for franchises

Any updates on any of the stores actually opening up? All the spaces completed seem to have not started any buildout even along Ellwood.

I love Torchy’s. This is great news.

This is such wonderful, wonderful news. I’ve dreamed of this day. Not kidding.

Charles;
What are the best current tacos in RVA right now in your opinion?

El Chido and Tacos Mexico on Richmond highway. El chido has been phoning it in lately though

TBT El Gallo does a pretty solid job in the Fan, and El Pope actually does surprisingly decent tacos

You have left the city limits for tacos before, right?
Henrico and Chesterfield have some amazing non-franchise tacos etc. Go where the rent is cheaper for the good stuff.

Left the city and the country even. I’m latino and speak spanish to boot.

Where? Only place in Henrico I know of that’s any good is El Chido. They’ve been phoning it in. Only good place I know of in Chesterfield is La Milpa, and they aren’t great. Tacos Mexico on Richmond Highway is good. The places in the barrio (in the city) are fine, but nothing great.

What do you recommend that I’ve missed? Far too many of the taquerias here aren’t run by Mexicans, which tends to result in suboptimal tacos. I order arepas or pupusas instead

offshoot of pepe’s right? I keep meaning to try that place. Maybe today

Where is that? a search on Google sent me to the place inside the View on forrest, is that wat you’re referring to?

I believe it’s the one behind the Veil

I always did well at La Cabana on Crockett St and alternating with the pupusas at Shelly’s Comida around the corner on Staples Mill Rd.

Only tacos I had at Shelly’s ere meh, but I’ve heard they have good tamales. The people at La Cabana are very nice, but I found their tacos very average

Anything but Taco Bell is a winner. We deserve more choices in tacos than same old same old. With bland cheese, no queso, and stingy with the guacamole. The only thing going for them is the crunch we expect at ANY taco restaurant. Crunchy tacos or go home. Can hardly wait to try Torchy’s. If the folks going for hooch don’t drive others away.