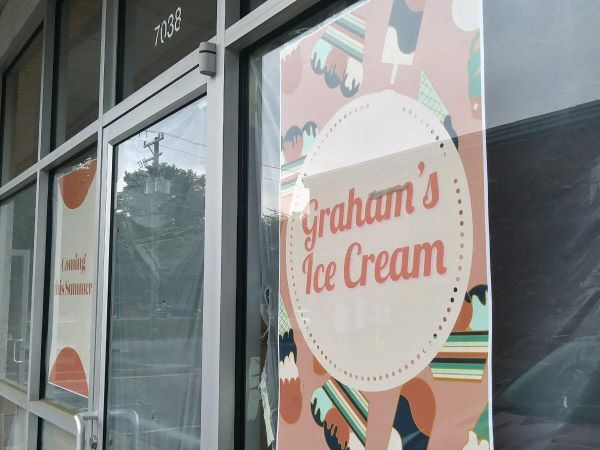 The owners of Little Bean Coffee Co. in Mechanicsville have plans to open Graham’s Ice Cream a couple doors away at 7038 Mechanicsville Turnpike this summer. (Jack Jacobs photo)

The operators of a Mechanicsville coffee shop have something sweet in store a couple doors down.

It will be two storefronts over from their Little Bean Coffee Co., which they opened in 2019 after selling coffee out of a cart for a year at Bon Secours’ Memorial Regional Medical Center.

“It makes sense for the business. They’re complementary but not necessarily overlapping,” said Jett Odle. “We can serve a new product to an entirely new set of customers.”

Using ice cream made by Franklin County-based Homestead Creamery, Graham’s will focus on sundaes and will sell ice cream in cones and bowls as well as milkshakes, some of which will be new takes on drinks at Little Bean.

Odle expects to be able to seat around 40 people in the 1,700-square-foot store. Graham’s is named for his son.

Little Bean found itself in good shape at the end of 2020 despite the pandemic, Odle said, thanks in part to wholesale clients it picked up with its move into roasting in May 2020 as well as successful curbside sales.

“We were very fortunate in 2020 to come out in a stronger position than we went into it,” he said.

Conversations drifted from talks of a second Little Bean location to a move into new territory with an ice cream spot.

“At some point, it kind of just came up like ‘Hey, what if we did something different?” he said.

“It’s just a variation on this theme of we are in business to serve our community somehow, someway. Little Bean does a good job of that, but it’s limited as a coffee shop.”

Odle declined to share the amount of investment involved in the new venture.

The store is expected to open with 12 to 16 employees on the roster. Odle said the plan is for a couple of Little Bean employees to float between the concepts.

Graham’s would be at least the second new ice cream shop to open in the region this year. Sweet Spot Ice Cream Cafe opened in Shockoe Bottom in early 2021.

Congrats Micah & Jett! Best of luck with your latest venture!