The sale of this 3.5-acre site, seen here from Roane Street, is the latest deal to close in the Chamberlayne Avenue corridor. (Mike Platania photos)

Developer interest is taking hold in the city’s Northside, particularly on and around the Chamberlayne Avenue corridor, and local commercial real estate giant Thalhimer is the latest to get in on it.

Sitting right near where Tazewell Street breaks off from Chamberlayne, the plot is currently home to a Richmond Public Schools bus lot and garage.

Thalhimer Realty Principal Matt Raggi said in an email that the growing interest in the neighborhood drew them to the property.

“The area has matured a lot over the last few years and it’s clear that the City and private development community are pursuing projects and initiatives which we think will further enhance the area going forward,” Raggi said.

He added that Thalhimer doesn’t have any plans to immediately redevelop the site.

“We’ll probably pursue a mixed-use rezoning in the coming months to give us some more flexibility down the road. Any potential rezoning would also allow for the current tenant to stay in place indefinitely,” Raggi said. 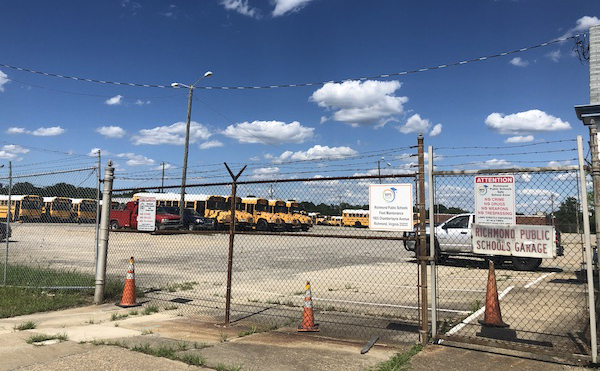 Richmond Public Schools uses the site as a bus parking lot and garage.

The property was most recently assessed by the city at a combined $855,000 and is zoned for light industrial uses. The seller was TBC LLC, an entity represented by local attorney Meade Spotts of Spotts Fain.

Work is underway on The Foundry apartments, a 200-unit project at 1207 School St. from Virginia Beach’s The Lawson Cos. And over at 2009 Brook Road, MVP Equities is planning a 224-unit apartment project next to the post office.

TRP has been busy in the city in recent years with projects like a planned six-story apartment building in Scott’s Addition, a restaurant and retail building near The Diamond dubbed Scott’s Walk and the Westhampton School redevelopment in the West End, the last of which is starting to sign retail tenants.