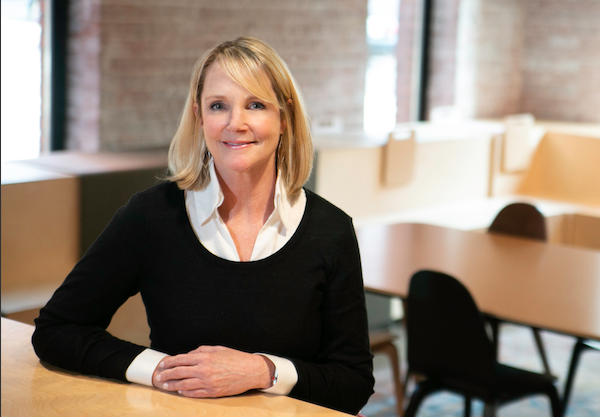 Paige Wilson is the founder and CEO of Richmond-based startup Naborforce. The company announced Wednesday that it raised $2 million in a seed round. (Courtesy of Naborforce)

In its largest capital raise to date, a Richmond startup is adding a few more faces as it looks to expand into new markets this year.

Naborforce, an Uber-like service that connects contractors (dubbed “nabors”) with elderly people in need of companionship and someone to help with their errands, announced this week the completion of a $2 million seed round.

It was Naborforce’s first institutional capital raise and was largely powered by Claritas Capital with support from angel investors.

The funding will help the Fan-based company add three more markets to its roster by the end of the year. CEO and founder Paige Wilson said that while the locations haven’t been nailed down yet, it’s likely the expansion will bring the concept to Maryland and another city in Virginia.

Naborforce recently expanded into the Raleigh, North Carolina area, in addition to its operations in the Richmond area and Charlottesville.

Naborforce plans to put some of the funding toward adding five to six full-time employees to its Fan headquarters, and expects to have a total of around 10 local employees by the end of the year. The company also expects to add four to five market managers this year to oversee the company’s presence outside the Richmond area.

The company expects the capital raise to last it 12 to 18 months.

Naborforce has about 300 active contractors and about 600 clients. The company’s contractors have completed about 9,000 visits (which tend to clock in at two hours) to date, Wilson said.

The company also plans to use funds for marketing efforts, and expects to dedicate resources toward efforts to offer its services to workplaces as a fringe benefit to employees or endeavor to raise awareness of Naborforce among its employees.

Wilson worked in investment banking before she founded Naborforce in 2018 after her own experience as a caregiver for her mother.