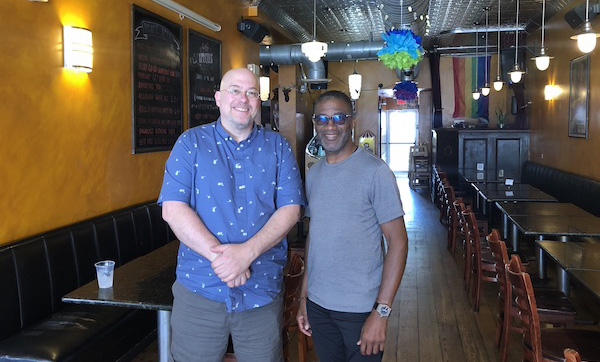 With a successful crowdfunding campaign in the bag, a longtime Carytown bar and restaurant is ready to put its rooftop to work.

New York Deli is preparing to build a rooftop seating area and event space on top of its home at 2920 W. Cary St.

The project will include the roofs of two of New York Deli’s neighbors to the east, with a stage atop Bygones Vintage Clothing and a movie screen on the side of The Byrd Theatre’s building.

In April, New York Deli launched a Kickstarter for the project, seeking to raise $145,000. The crowdfunding campaign ended last weekend with a total tally of $170,153.

New York Deli owner Demetrios Tsiptsis said he’d long wanted a rooftop venue at the restaurant, but he really got thinking about it last year when the pandemic shut down his and his neighbors’ businesses.

“As bad as we had it, the theaters had it worse. I proposed this idea and (The Byrd) liked it,” Tsiptsis said. “I had to make it happen, somehow. We didn’t have the capital and I needed a way to get it.”

PPP loans helped keep the restaurant afloat through the worst of the pandemic, but Tsiptsis said that he didn’t have the funds to build the rooftop outright. In lieu of going to a bank for a loan, he decided to use Kickstarter. 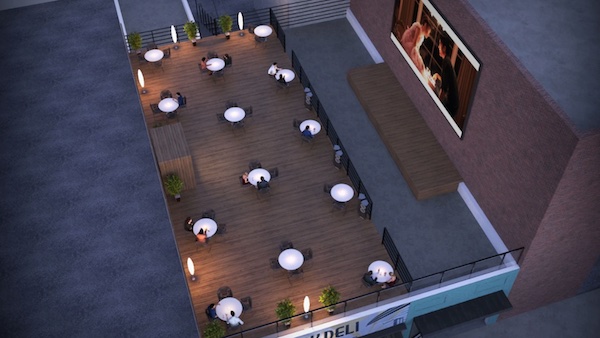 New York Deli also has relationships with many local nonprofits like Virginia Pride, Stonewall Sports and The Byrd Theatre Foundation, which Tsiptsis said are getting deals on using the rooftop for events.

“We’re losing money on most of the rewards, or at best, maybe breaking even,” he said. “All of the nonprofits that we work with, and the people that support it, are getting something really good.”

Harrell, whose work includes some modern-design homes in North Highland Park, said that they’re looking to get work on the roof going immediately.

“We’re going to start within the next week,” Harrell said. “Once the permits are approved, it’ll take us 30 days to complete it.”

The $170,000 raised will account for the bulk of the project’s cost, Tsiptsis said, with hopes for an opening of it later this summer.

A party for Kickstarter backers is being planned, at which they’ll have a chance to receive an additional perk not listed on the website.

Harrell said he’s close friends with Ramatu Ujiri, whose husband Masai is president of basketball operations for the Toronto Raptors. When he mentioned the New York Deli project, Harrell said the Ujiris offered to send some game-worn Raptors jerseys to be raffled off at the upcoming event.

Creativity at its best! Once again it shows what the private sector can do, even on a small stage.