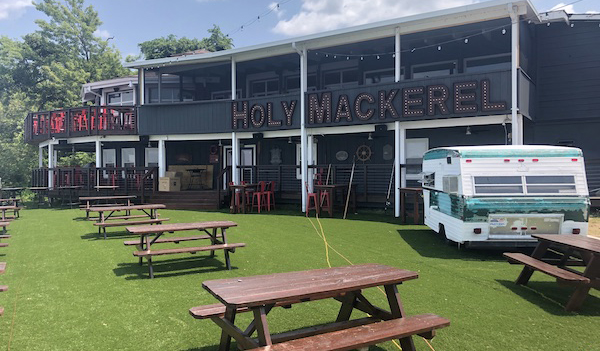 After breathing new life into an old riverfront restaurant space, a brewery hailing from the Sunshine State has opened a local taproom.

Overlooking the James River, the building had been home to Dockside Restaurant for 30 years until its closure in late 2019. Holy Mackerel, whose flagship taproom is in Fort Lauderdale, Florida, promptly snapped up the space.

After an extensive renovation of the building, Holy Mackerel recently held a soft opening.

Operations Manager William Armstrong said some of the company’s co-owners have familial ties to the Richmond region, which helped lead them to the old Dockside space.

“It was for sale and the price was right. You can’t really beat it. Yeah, it needed some work done, but the potential was huge,” Armstrong said. “We just found it while searching for a location to open up another taproom.”

“Sam Adams wound up brewing our beer,” Armstrong said. “That sparked the company from being a small little brewing-in-a-garage thing to where we are today.” 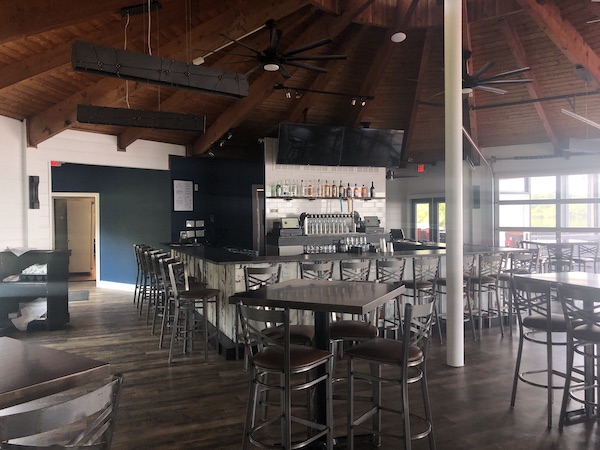 A Florida-based brewery renovated the former Dockside Restaurant, which had operated in the space for 30 years before closing in 2019.

Holy Mackerel also brews Cafe Cubano, a variant of Panic Attack that’s made with Cuban coffee beans from a South Florida roaster. Those two beers, along with a golden ale and a hibiscus and grapefruit IPA are available at the new Jordan Point taproom.

The brewery is currently serving beer brewed at Holy Mackerel’s Florida facility, but Armstrong said the plan is to soon get a brewing rig into the new location.

“There’s just small minor things we’ve got to figure out (with Prince George County) before we can actually brew here,” he said.

The brewpub also has a full bar, and Armstrong said they’ll also keep some taps on with other independent breweries’ beer, including beer from fellow Tri-Cities spot Trapezium Brewing Co.

Holy Mackerel’s food menu includes appetizers like wings, steamed shrimp and nachos, as well as salads, burgers, tacos and a variety of seafood dishes like fish and chips, a shrimp basket, and fried cod, scallops and calamari. Armstrong said the food menu will eventually be expanded.

“We’re just trying to see what people want in the area,” he said. “Right now it’s an opening menu that we’ll add and change. We have a lot more planned.”

Holy Mackerel opens at 4 p.m. on Thursdays and Fridays and 1 p.m. Saturdays and Sunday. Operating hours are set to be expanded in the future.

“We’ll add in some brunch on the weekends, and after that we’ll add in another day, probably Wednesday. Then we’ll add lunch service during the week,” Armstrong said. “We’ll slowly step it up.”

Holy Mackerel is the first brewery to open in the Hopewell area in recent years. Another, Good Ship Brewing Co., is planned for downtown Hopewell, but it appears work has yet to get underway on the concept.

The Richmond region is now home to 42 breweries.

Went for dinner on Saturday and was amazed at how great the place looks. The food was great, the shrimp were huge, the hot chicken sandwich was spicy and crunchy and the hushpuppies were delicious.

I highly recommend it. Please keep in mind they just opened so have a little grace with the new staff and you will have an awesome time with an amazing view.

This is in Prince George County….not Hopewell.

Funny thing is when you Google the address…

Nice to see this for Prince George.

Is it/will it be accessible by boat?