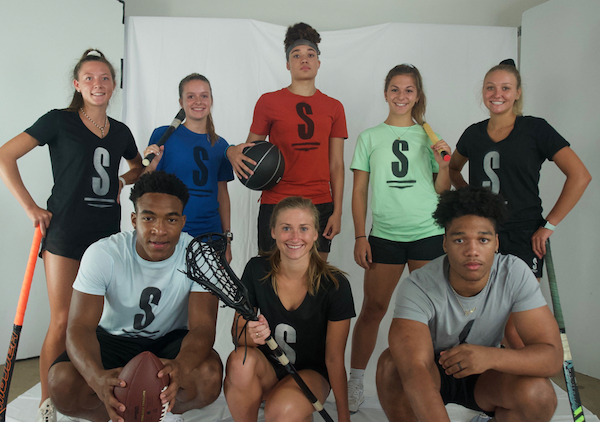 SEQL offers an app that provides a LinkedIn-meets-Zillow-type experience intended to streamline the college sports recruiting process for both coaches and high school athletes. (Courtesy of SEQL)

With a roster of current and former pro athletes behind it, a Richmond-based tech startup that connects high school athletes with college coaches has clinched its largest capital raise.

SEQL, formerly known as STAC, closed on a $4 million seed round in July. Co-founder Jarmal Bevels said the company has raised $5 million to date and this latest cash is expected to carry the company to the end of 2022.

SEQL offers an app that provides a LinkedIn-meets-Zillow-type experience intended to streamline the college sports recruiting process for both coaches and high school athletes by allowing players to promote themselves with online profiles.

The new funding will help SEQL expand its app’s user base to bring a third party into the mix: sports videographers.

Bevels said video footage adds value to an athlete’s profile. Bringing videographers onto the app is expected to facilitate networking between coaches and athletes.

“It’s only going to help students and coaches,” he said.

Athletes will select video shooters based on the shooter’s equipment and skillset. The initial pitch to videographers will focus on the exposure and networking opportunities that the app could provide them. Payment for videographers could be introduced after the launch.

“We’re bringing these leads to them,” Bevels said. “If they facilitate business outside SEQL, they have this connection.”

The idea was born of the founders’ own athletic backgrounds and experiences of collegiate recruitment. Drayton, Bevels and de Wolff played football at Ferrum College, University of Richmond and Virginia Military Institute, respectively. Hanneman captained the rowing, swimming and cross country teams as a student at James River High School.

The company renamed itself to SEQL (which stands for Sports Equality) in August 2020 to better communicate its aim to be a level playing field for all student athletes who seek to get noticed by recruiters and build their brands.

It moved out of its original home in Startup Virginia in Shockoe Bottom and into its own office space at 1437 Hull St. in Manchester in March.

SEQL has assembled a team of eight professional athletes to serve as spokespeople, and four of them are part-owners of SEQL. The part-owners are Quinn Cook (NBA), Barry Sanders (NFL), Ryan Clark (NFL) and Deandre Hopkins (NFL).

The company has also earmarked funds from its latest capital raise for a hiring spree, marketing and travel expenses as it seeks to further expand.

It wants to hire between six and 10 new employees for roles such as software engineers and marketers. It currently has 16 full-time employees, nearly half of whom are based in the Richmond headquarters.

The company also hires on-the-ground contractors to increase brand awareness throughout the country. Since launching in the D.C.-Maryland-Virginia area last year, it has expanded its presence to areas such as Las Vegas, Los Angeles, Fort Worth and south Florida.

As for future revenue streams, the company plans to eventually charge athletics departments for access to the app. Student athletes have free access to the app. For athletes, the app is geared toward social-media promotion and networking along the lines of LinkedIn, while coaches have a more data-oriented interface with communications tools to find and contact potential recruits, similar to Zillow.

Bevels declined to share user numbers on the app. He said football and basketball players make up the majority of users. The app accommodates players of all NCAA-recognized sports, ranging from baseball to rowing to wrestling.

So, you just got paid $4 million and you are asking videographers to work for free?