The deadline for this year’s RVA 25, Richmond BizSense’s annual list of the region’s fastest-growing companies, is Aug. 13. In the spirit of the season, we decided to connect again with some of the list’s top companies from years past.

Below are excerpts of our recent conversations with a few. As you’ll see, while some have leveled out from the sort of exponential growth that landed them in the top 25, growth is still very much on their minds — as is navigating the pandemic.

And if your company has been on a growth spurt over the last three years it’s not too late to get on this year’s RVA 25 rankings. Click here to begin the submission process. 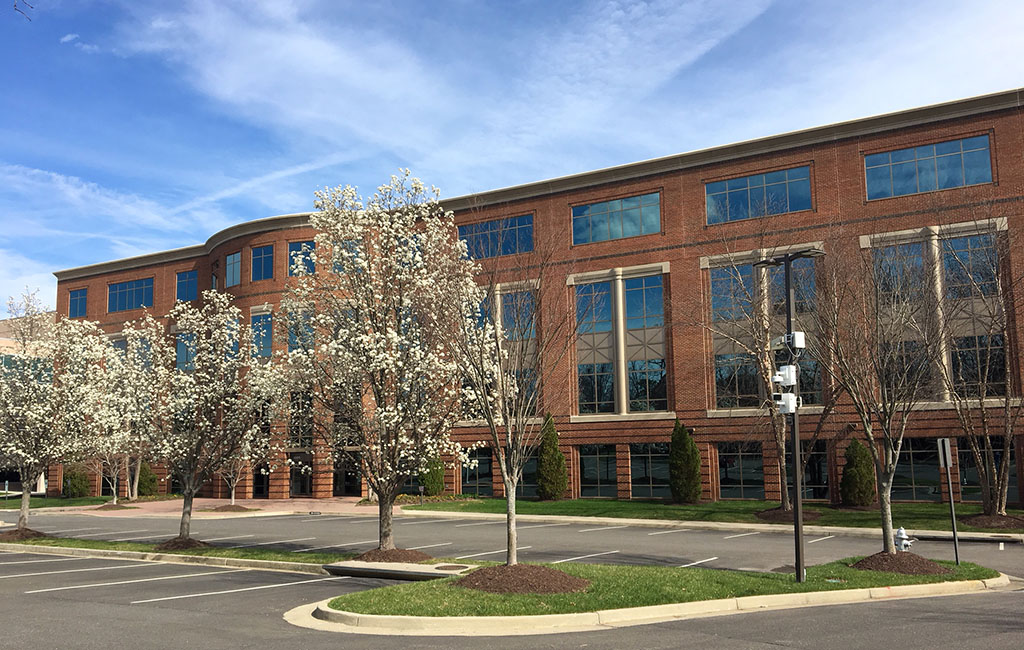 Achieve One topped the list in 2014. Revenue has leveled off to $60 million per year. (BizSense file)

The local IT firm topped the list in 2014 with a whopping 14,455 percent growth rate. In 2017, the company hit $72 million in annual revenue and took another big step when it struck a deal with Canadian private equity firm Ardenton Capital. 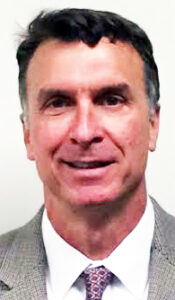 CEO Mike Thomas said that since then, the company has leveled off at around $60 million in yearly revenue. But it expects some significant growth again as it finalizes a deal to acquire three undisclosed companies in the near future.

“We grew at astronomical levels for three or four years,” said Thomas. “To continue doing this, I took on some capital and sold a majority stake in my company to get some outside capital to help us grow. All in all, the company’s been growing.”

Thomas had his concerns about COVID, but said the company was able to brave the storm.

“2020 wasn’t actually a bad year. It wasn’t our best year, but we had a good year. 2020 was a good year in the IT business if you were doing the right thing,” he said. “The IT space slowed down, but the virtual desktop business really took off.

“We transitioned to that coupled with our cloud strategy with Microsoft and Dell products, and it really took off for us as we started moving through COVID. We started off this year strong in the first quarter. Now we’re coming out of it with a little bit of capital behind us.”

The three pending acquisitions will help the company expand throughout the Southeast and even into Texas, Thomas said, and he expects significant growth once the companies combine.

Thomas said that if the capital infusion remains, then they have a growth target of about $500 million, which he said translates into somewhere between $24 million and $25 million of net revenue.

More acquisitions would also mean more employees. Thomas said the company is looking to have over 70 employees in the next year.

“We certainly still believe that growth is still in the market,” he said, “and we see a lot of opportunity in the market through acquisition and organic expansion.” 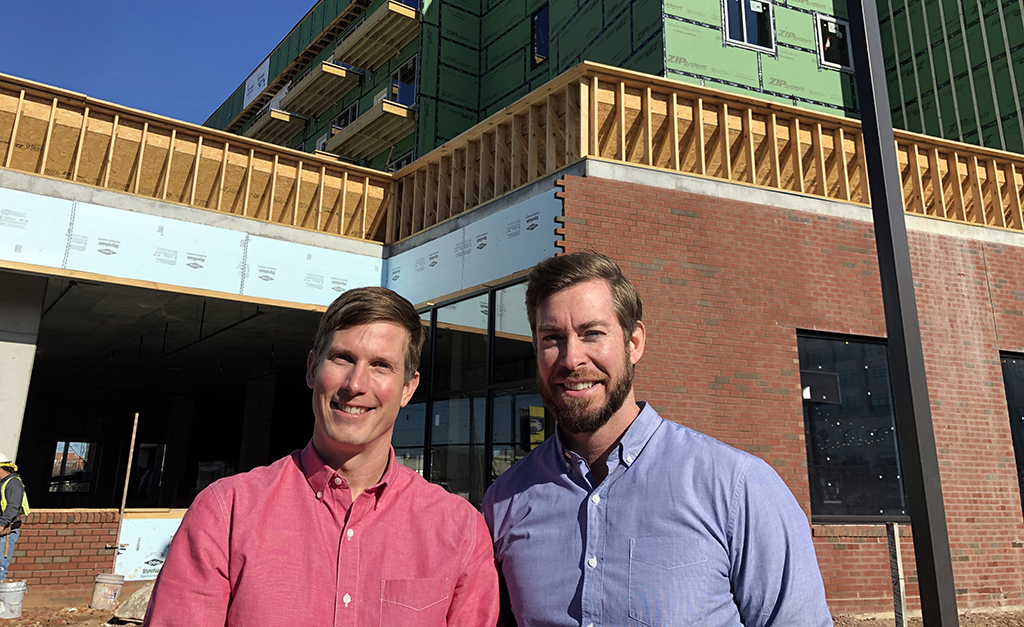 Richmond-based digital marketing firm Workshop Digital experienced groundbreaking growth in the early 2010s, leading them to top the list in 2015 with a three-year growth rate of 398 percent.

Founder Andrew Miller said the focus on growth has continued.

“It’s a continuation of our initial success, but obviously we have dropped off the RVA 25 as we focus on other internal metrics of success and not just the sales leaderboard. It’s all been organic growth up to this point,” Miller said. “Our company has grown, our headcount has grown, we’re seeing all the signs and signals of a successful company. It’s also come from us maturing as a company and getting out of that revolving door of a small business where you’re just running around putting out fires.”

In January 2020, Workshop Digital moved its headquarters out of Shockoe Slip to a site near Scott’s Addition. Miller said that at the time, they needed more space because they were quickly outgrowing their former office.

“We took a logical step and expanded our footprint. That was in January 2020. We all know what happened a couple months later,” he said. “Now, like everybody else, we’re trying to figure out what the hybrid workspace looks like.”

Miller said that because of their continued work-from-home situation in the past year and a half, Workshop Digital was able to hire employees all over the country, and now a third of their workforce resides outside of Richmond.

He said that they’ve been able to hire more senior-level people from the industry and fill roles within the company.

Miller said that topping the list in 2015 and experiencing that level of growth was challenging because they did not have a robust management team.

“Brian and I, as the co-founders, were scrambling — leading all of our teams, managing people, working with clients — and we quickly realized that to handle the growth we had to get out of the way and let our teams handle the growth and develop as leaders so they can help carry the company forward,” he said.

“That’s been the biggest lesson we’ve learned and the biggest change we’ve made is empowering our teams to grow into a strong management squad rather than having two people do everything.”

Miller said that they’re still expecting aggressive growth as their teams grow and the clients they work with — about 100 companies, some being Fortune 500s — continue to grow with them.

In the first few months of the pandemic, Miller said, they gave a lot of their clients more flexibility in fees and work because they were more impacted than Workshop Digital was. He said that while this caused a dip in business, it was the right thing to do because those relationships have been strengthened. But overall, Workshop Digital still grew during 2020.

In January 2020, co-founder Brian Forrester told BizSense that Workshop Digital was looking to expand to 100 employees by 2025. Miller said that they’re still on track to reach that mark.

“A lot of that growth over the next three years is going to look different than what we anticipated. We thought we would have 75 percent to 90 percent of our employees in the office in Richmond, and now it’s looking like it will be a similar size and scale, and we will still be headquartered in Richmond, but we’ve enabled a remote workforce.”

He added, “Our hires will come from wherever we can find the best talent. In really only a few short months we’ve become a remote-enabled company while still having the advantage of a full office with the technology, collaboration space and social aspect that people love about being together.” 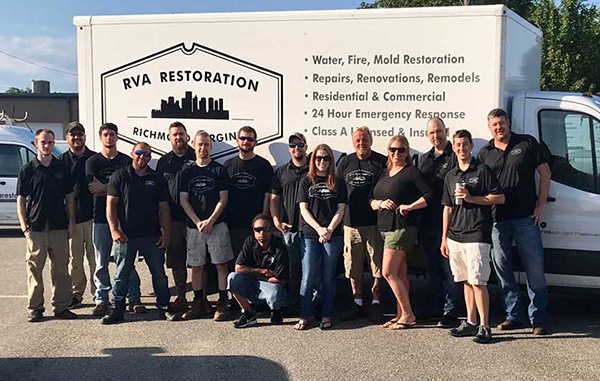 The team at RVA Restoration, which topped the list in 2017. (BizSense file)

RVA Restoration topped our list back in 2017. The company began in 2014 and experienced a growth rate of 4,737 percent over a three-year span. CEO Jeremy Ford said that the hardest part of the growth was keeping up with it. 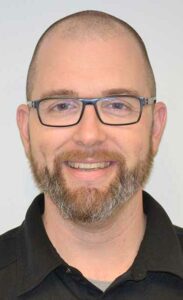 “If you’re constantly changing your business model to keep up with business, it becomes a very daunting task. It requires a lot more money than we were generating. We never had any chance to catch up financially to the growth. As soon as the money came in we were spending it on more equipment, more vehicles and more people. In 2019, it got to the point where we were just so cash strapped that we really had to put a halt on the growth so we could give ourselves a few years to grow into our own shoes,” said Ford.

“We’ve done about the same in gross sales over the last three years. Including this year, we’re on pace to be a little above the same numbers. I think for us, the biggest thing was improving efficiencies, processes and making sure we had the right people in the right seats.”

He added, “As a young business, it’s a very difficult thing to tell a customer ‘Hey, we are just too booked out right now. I’d love to handle your job but we just don’t have the capacity to do it right now.”

Ford said that building relationships with other leaders in his industry helped him combat the growing pains. He would refer customers to similar companies and share the business.

“It seemed like it happened in a flash — our payroll doubled in size. That’s a weekly bill you have to pay, along with the payroll taxes. It just got to the point where we were growing and doing good things, but we weren’t allowing ourselves to catch up with debt,” he said.

Over the last two and a half years, Ford said their main focus has been stabilizing the company and putting their money in the right places. While many companies slowed down during the pandemic, Ford said that RVA Restoration saw steady business. Despite this, he said that 2020 was not the time to focus on growth.

“I’m not going to say it was easy or that we didn’t suffer at all financially. The hardest part about the pandemic for us was that the price for all of the materials and labor went through the roof. In some cases, the material increased 200 percent from what it was,” he said.