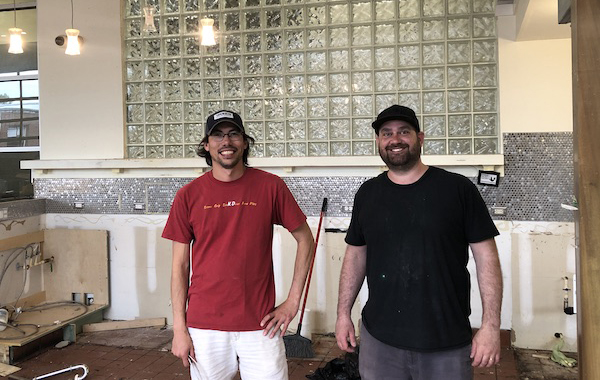 A Scott’s Addition restaurant space has been brought back to life, now offering a taste of the Mediterranean.

Pinky’s opened in recent weeks at 3015 Norfolk St. The space had been home to an Urban Farmhouse location from 2015 to 2020.

DeRaffele and Reynolds leased the space earlier this year and began fixing up the restaurant, which is named for DeRaffele’s late mother. 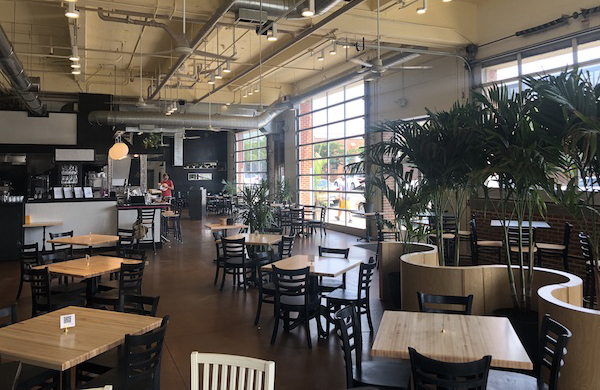 Reynolds said they’ve already welcomed in a few of the Scott’s Addition locals who they’d met while building out the space.

Asked which dishes have been particularly popular so far, DeRaffele and Reynolds answered in unison: the char-grilled octopus made with black garlic and grilled radicchio. 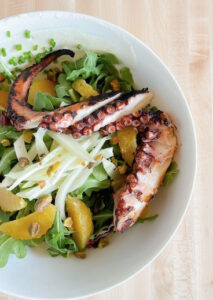 The restaurant’s grilled octopus has been among its more popular dishes. (Courtesy of Pinky’s)

“The octopus, meatballs and lamb were big,” Reynolds said. “We also sold a bunch of cocktails.”

Pinky’s currently has a limited seating capacity of about 85, with room to go up to about 120. About 30 people are on staff, Reynolds said.

One thing the duo took to after leasing the space was renovating its patio, which Reynolds said he felt was a bit neglected previously.

“By the time Urban Farmhouse ended, (the patio) was kind of an afterthought,” he said. “We added the plants, did the decor out there, built the planters, and actually turned it into a more welcoming space.”

Other restaurants in the works for Scott’s Addition include Cabo Fish Taco, which is heading to The Summit at 3022 W. Broad St., while local development firm Capital Square is in the early stages of planning a food hall at 3015 W. Leigh St.

Such a cool space and I’m sure 200% better than the previous establishment. Can’t wait to check it out!